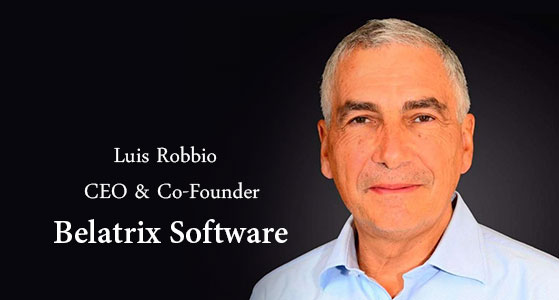 While surviving in any business is hard, achieving this when you have built it from scratch makes for a phenomenal story. We are talking about Belatrix, one of the most successful software companies to come out from the flamboyant continent of South America. Its international operations span 3 continents with five development centers in South America, four offices in the USA and one in Spain. The company has shown exceptional growth, hitting the annual growth rate of 35% for the last 5 years.

Unreal as it all sounds, the company actually began from an unlikely location and rose from a condition where financial resources were scarce. But this did not deter the commitment of the founders who started the company. They took all the setbacks in their stride and continue to work with the same commitment even today as the world stands up to recognize their service.

While the Belatrix Software is headed by three partners, a trio that consists of a father and two sons. It was the father, Luis Robbio (CEO) who floated the idea of Belatrix Software. Convinced that he wanted to start something new, he got out of the conventional executive life he was living at a multinational.

He started Belatrix out of his home in 1993. But so are the hardships of running a business that the company had less to spare on the equipment needed to float the company he was planning. He initially had to ask his developers to bring their own PCs to his home and work out of his residence. The sons, Alex Robbio (President) and Federico Robbio (President of Finance & Talent) joined their father soon after.

The company’s core competency was industrial process automation for automotive companies in Argentina at the beginning. As time passed, the company slowly moved more and more towards software development. It was 2002, that acted like the quintessential pivot which changed the course of the company for good. From 2002, the company directed all its faculties towards providing software development. The company very soon found out that it was benefiting in a big way from their Argentinean programmers and the natural time zone overlaps which helped them outsource and nearshore their software development services for a number of companies located in the USA.

The company kept growing at a stupendous rate and had started posting a great growth rate which was hitting high double digits by 2010. With a great emphasis on talent development, where it invested in excess of 120 hours training each new recruit, the company stood out among its competitors. The company expanded to Lima, Peru the following year. Here, the company established a development center initially. But the company identified the potential in Lima and invested more. Lima today has grown to become one of the key development centers for the company.

Over the years, the company has received many awards for its toil and industrious work. Today, the company has more than 600 highly competent people in its workforce at various locations around the world. It’s a far cry from how the company started but they continue their work with the same vision and dedication.

Belatrix has grown exponentially since its inception and its world conquest continues as it looks to enter new markets. In 2017, after many years of association with the companies in the USA, the company made its landfall in the country and opened its headquarters to cement its position in the region. The company on its continuous pursuit of new markets also opened its new European Headquarters in Barcelona, Spain in 2018.

Mr. Robbio is a renowned entrepreneur. But before he turned into an entrepreneur he held various senior positions for an engineering constriction company IMPSA in Argentina, Brazil, USA, and Europe. Bored with his executive life in a multinational company, he wanted to start something new. Belatrix was then born out of this. He started the company in 1993 which operated from his personal residence.

He was recognized as the Executive of the Year by The Mendoza Executive Association in 2018.

-The company was the first company from Argentina to be successfully appraised as Level 3 CMMI for services, with the additional SSD process area.

-Belatrix successfully completed its external audit for re-certifying the ISO 27001 standard in 2018.

-The company won the award for the company having the greatest “Impact in media” at the Invest in Bogota awards ceremony 2019.

-The 14th Sadosky Awards was organized by the Argentine Chamber of Software and IT Services Companies (CESSI). Here, Belatrix was recognized as a “rockstar company” for their contributions to the industry.

-Belatrix was named the winner of a Silver Stevie Award for Company of the Year 2018 in the computer services category.

“When you work with Belatrix, we have one goal – to help you reach your business and technology objectives.”

“Our expertise will help you succeed in the digital world.”

Organizations to adopt IoT in utilities over COVID-19