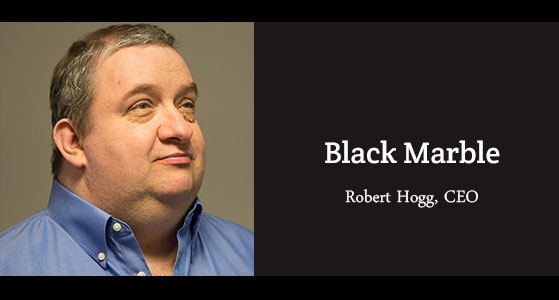 IT has come a long way since its beginnings and one of the biggest names in this industry is Microsoft. While there have been many new entrants, some have persisted with the progress of time through innovations, but at the same time, many have perished. Microsoft though has marched on by evolving and forging partnerships to deliver the best solutions. One of the most cherished partnerships which Microsoft relies on is the one it has with the UK-based Black Marble.

Black Marble was founded in 1997 by Richard Fennnell, Robert Hogg, and Andy Hynes. The initial aim of the company when it came up was to give the companies in the Northern part of England high-end quality software development. With highly experienced people onboard, the company was able to deliver solutions to many areas like telephony, insurance, legal, and mobile solutions, and interactive exhibitions.

The company did well and grew rapidly as it developed with Java and Microsoft-based systems. Eventually, they reached to a conclusion that their customer base was happy with what the company was delivering through their Microsoft development and delivery platform. Hence, Black Marble decided to join the Microsoft Partner Program at the turn of the century in 2000. Its exceptional work with C# and .NET development was widely recognized. The company became a Gold Certified Partner in 2004.

A mainstay in developer conferences

After turning into a Gold Certified Partner, the company ran a series of Microsoft-supported seminars which grew with time. This has led to many of the company’s staff getting an invite to speak publicly on developer conferences across the UK as well internationally. Robert Hogg, the CEO of Black Marble is well-respected in whole IT industry. He has spoken on multiple occasions on behalf of Microsoft at Research Conferences, TechEd Europe, and Irish Technology Conferences.

Black Marble is one of the leading companies in the UK and because of its innovations and capabilities it was given a place on G-Cloud 9. By being on this group, the company made it to an exclusive list which provides central government departments, executive agencies, and public bodies with a rapid and cost effective method of accessing and purchasing government approved IT cloud products and services.

Giving back to the community

Black Marble’s work in the commercial space has attracted a lot of attention but the company does commit a lot of time and resources into giving back to the community. The company has been holding free events for the developer and IT community all over the UK. Through these events the company has been one of the biggest promoters of the best practice in IT, setting high standards for a better future.

The company has been supporting and sponsoring the DDD North series of software developer community events since it started in 2011. In addition to this, Black Marble organizes Students day in December each year, where the company brings together industry bigwigs to inspire local A’level students to take to computing and consider it as a career choice. This initiative by the company has been supported by Microsoft, University of Hull, University of Bradford and University of York, AQA, OCR, e-Skills, and CAS.

Meet the IT pioneer

Mr. Hogg started his career in the 1980s. His experience extends over several disciplines including software design, integration solutions, multi-platform development, encryption systems, and innovative technologies. He is a chartered engineer and a Microsoft Certified Solution Developer.

Widely respected in the IT industry, he has presented at conferences all over Europe. He was awarded the MVP (Microsoft Most Valuable Professional) for Microsoft Visual Studio, Architect in 2007. He was announced as an MVP for Microsoft BizTalk, and again in 2009-2012 for Connected Systems. In total he has been an MVP for 11 times.

He is a Fellow of the British Computer Society, an Honorary Fellow for the University of Hull. He was made a Microsoft Regional Director in 2015. Recently, he was re-awarded Microsoft regional Director. It was his third time!

“From the first phone call they have been exceptionally helpful, knowledgeable and excellent knowledge sharers, equipping us with the tools to support any solution they put in place. Their documentation is detailed, thorough and easy to understand. Nothing is too much for them and will always reply in a crisis.”

“Having a partner that is as professional, proactive and customer focussed as Black Marble makes them a pleasure to work with as we know that our customers are in safe hands. Microsoft has and will continue to use and recommend Black Marble as a partner.” -Sales Manager, Developer Tools, Microsoft.

“Black Marble is a member of the Microsoft Partner Network, holding key competencies at the Gold and Silver Standard.”

“We develop solutions to be delivered across a variety of form-factors and screen types, including smartphones, touchscreens, large format displays, slate devices, and gesture-interfaces.”

“This year (2018), we are Finalists in the Microsoft CityNext Award and the Government Award!”