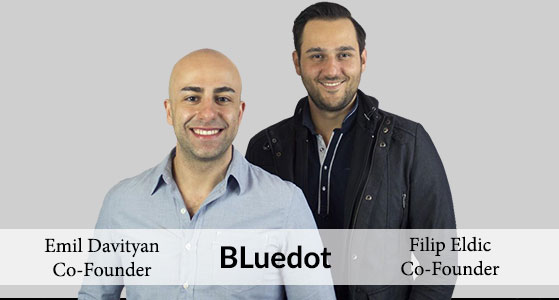 Location services are one of the most important technologies in use today. It is being applied by numerous companies across the world to measure behaviors. They use these insights to engage customers in the best way possible. But there no location-based services out there that is better than Bluedot.

Businesses today look for beacons and large circular geofences when they look to up their conversions and sales through location-based engagement. But Bluedot has a better alternative with its patented GeolinesTM technology which is a single, razor-thin tripwire. This technology enables companies to get precision that is 20x better than what you get with location services like Google and Apple. The technology also uses a fraction of the battery usage in comparison to these services.

Bluedot’s technology can deliver information on each customer’s dwell time, entry and exit from a location, visit frequency and even the speed of travel. The information provides Bluedot’s clients with endless possibilities on how they want to use the data to expand their business and serve their customers better.

The origin story of the Bluedot is interesting as it apparently all began with a few bar napkin scribbles, a couple of beers, two college friends, and a complaint. The city was Melbourne, Australia and the two friends were the co-founders of Bluedot: Filip Eldic and Emil Davityan.

The co-founding duo happened upon the realization that they couldn’t pay for the toll roads through their mobile phone because the GPS location detection was not good enough. The technology was simply too inaccurate and unreliable especially when it was used at high speeds. This realization sparked a desire in the co-founders to come up with a precise location technology which would help consumers based on their physical location. The duo quite simply wanted to drive through the highway toll where the toll payment would get automatically initiated via a mobile app. This idea manifested itself into a research and development firm and eventually became Bluedot which is today expanding across many industries and countries.

The company was founded in 2013 and eventually shifted its headquarters to San Francisco, California.

Although Bluedot is a small family, the team hails from an astounding 5 continents. The company is blessed with a wealth of diversity which has provided aplenty to the innovation of the company. Combined, the Bluedot team can speak as many as 25 different languages.

The company’s story is a story that is quintessentially dedicated to migrants, refugees, and travelers who made their living in a foreign land. The co-founder Emil Davityan is of Armenian descent and was born in Tehran before his family moved to Australia. While the other co-founder, Filip Eldic relocated from Croatia when he was 19. Balendran Thavarajah (Bluedot’s CTO) joined the co-founding duo at the company. He too is a Tamil refugee from Sri Lanka who immigrated to Australia when he was young.

“The Bluedot story is our collective story because the people make the company. When I joined Bluedot, I was immediately impressed with Emil, our CEO and co-founder. Despite being constantly on a plane, losing sleep, or meeting with multiple people in multiple time zones, the team is his primary concern.” – Lise, Executive Assistant

Mr. Eldic is responsible for the company’s R&D program. He has been involved with the launch of location-based apps previously. He has been named in Forbes 30 under 30 in Technology.

He has a double Bachelor’s degree from the University of Adelaide and a diploma in IT from the Zagreb School of Computer Sciences.

Mr. Davityan has been a cyber policy advisor to successive Australian Prime Ministers. His name has been associated with major tech companies and international governments. He has also been an advisor on international economic and financial policy, and has held financial roles.

He holds a Bachelor’s in International Studies (Honors, First Class) from the University of Adelaide.