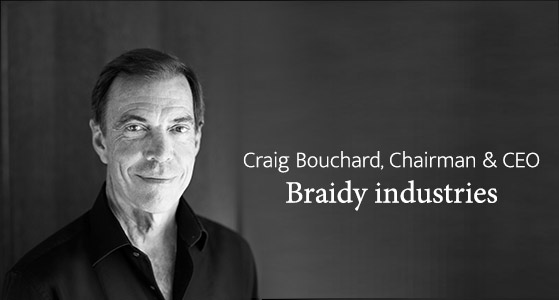 Aluminum is one of the most important metals for humanity. The material scientists are still discovering the new utilities for this metal. Ashland, Kentucky-based Braidy Industries is the leading game when it comes to this discovery.

The company’s initial project is a 2.5 million-square-foot, one-of-a-kind fully integrated aluminum rolling mill in Eastern Kentucky. This will be the most technically advanced mill in the U.S. It will be the first new mill of this kind in more than 30 years in the country and roughly $1.6 billion is being spent to make this dream happen.

The project is bound to create as many as 1,000 construction jobs and upon completion of the plant, it will be able to employ over 600 people for skilled labor and administration jobs. The mill will be located in the Greenup County, near Ashland, Kentucky right on the Ohio River. Moreover, the CSX railroad runs through this property. The I-64 nearby also connects the mill to over 12 automotive plants in the 300-mile radius, making delivery easy.

A published article from Goldman-Sachs says that by 2025, over 25% of all the light-vehicle body and closure parts are expected to be made out of aluminum. The statistic speaks for itself. This means that aluminum’s growth rate is about 1000% in comparison to 2014. The annual demand for the metal between 2014 and 2024 in North America is set to grow by 26% for heat-treated aluminum and 51% for non-heated treated aluminum. This growth is not expected to stop anytime soon. The new mill from Braidy is aimed at meeting this growing demand for light-weight multi-purpose aluminum.

The new plant will look to produce Series 5000 and 6000 aluminum sheet products. It will also support R&D to advance the science of molten-metal manufacturing. The aluminum sheets produced from the mill will be used by automotive manufacturers from all over the country to build cars. These cars will be safe, strong, and reliable. They will also meet the regulatory and environmental standards of the marketplace.

The company will also be using a green plant design. This will eliminate emissions and prevent negative environmental impacts. The mill will be bought by the SMS Demag Group which is the world’s top supplier of mill equipment. The mill could become the most ecologically sustainable aluminum plant in the country.

The state of Kentucky played a pivotal role in providing the coal demand of the country in 19th century. The contribution was significant to the American economy at the time. The state has been long been away from the focus as the domestic coal production has dropped significantly but the new mill is bound to bring the old glory back to the state.

Braidy Industries has collaborated with the local and state government officials and the Ashland Alliance. They have also partnered with the Kentucky Economic Development Finance Authority (KEDFA) which may get the project up to $10 million in tax incentives through Kentucky Business Investment program. The mill will be working with the Kentucky Skills network to recruit the native population with no-cost job recruitment; reduce-cost customized training and other training incentives.

The Kentucky Governor, Matt Bevin, believes that the mill will re-imagine the coal country. “At this point, no one ‘owns’ or embraces the title of manufacturing hub of excellence in the world. I believe that Kentucky can be that hub of excellence,” he says.

Craig Bouchard, Chairman of the Board & Chief Executive Officer

Mr. Bouchard has held executive roles in multiple companies. He co-founded Esmark Inc., in 2004. Under his leadership Esmark acquired nine steel companies, including the hostile takeover of the Wheeling Pittsburgh Corporation. Esmark’s revenues grew from $4 million in 2003 to $3.5 billion in 2008.

In 2010, he founded Shale-Inland, master distributor of steel pipe, valves and fittings, stamped and fabricated parts to the US energy industry. The company did well as its revenues grew from $10 million in 2010 to about $800 million by 2012.

He is a New York Times Best Selling author. His book “The Caterpillar Way. Lessons in Leadership, Growth and Shareholder Value” was released in October 2013. The book reached #1 on the Barnes & Noble Best Seller List.

“Aluminum is undergoing a transformation as materials scientists continue to test the limits of the metal’s capabilities. Braidy Industries is at the forefront of that discovery and a wide variety of factors are contributing to a highly favorable outlook for the immediate and long-term future of the use of aluminum in manufacturing.”