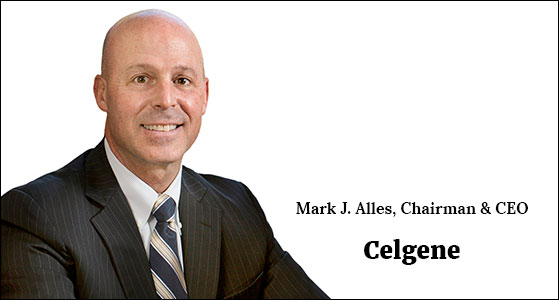 Biopharmaceuticals are undoubtedly one of the most groundbreaking achievements in modern science. The multi-hundred billion dollar industry is growing at a stellar pace and is contributing in a huge way to the healthcare vertical. One of the giants pioneering biopharmaceuticals today is a company called Celgene, based in Summit, New Jersey. Founded in 1986, Celgene’s story is that of spectacular growth.

Originally founded as a chemical company it quickly spun out into being a biotechnology corporation soon.  A year later in 1987, the company went public as it got listed on NASDAQ.

A pioneer in medicine

Celgene has been known to invest heavily in research and development. Its biggest win perhaps came when it was able to bring Thalidomide (used to treat cancer patients) to market when it was not exactly a popular choice.

The company has enjoyed a long-term partnership with the FDA and has over time worked on many projects together to mitigate disease-related concerns with the agency. Through its bold choices over time, Celgene has been able to offer patients options to enhance their quality of life.

The company has sustained its culture of long-standing innovation through its dedicated R&D facilities located across the country. The scientists and physicians in the company’s payroll have especially played a huge role in driving the success of the company. Their research has especially found its value in the therapeutic franchise areas of cancer and inflammatory diseases.

Celgene’s employees are extremely active when it comes to supporting the community. The employees contribute to The Leukemia & Lymphoma Society’s (LLS) “Light The Night” event, which is an initiative to help LLS in its cause of helping care cancer and support those suffering from the disease. Last year, the employees exceeded their fundraising goal for the event by 247%. Apart from this, Celgene employees also run collections for breast cancer research and have in the past donated to tsunami relief efforts.

Their dedication to community work especially shined through in the aftermath of Hurricane Sandy, which decimated much of the east coast of the country. The disaster had affected areas surrounding the Celgene Summit Headquarters in New Jersey too. But Celgene’s employees continued providing their much-needed services in this hour of need even as their own homes lay damaged. Their resilience at such tough times helped patients around the world have access to critical therapies without any disruption.

The company’s commitment to diversity and inclusion has been nothing short of inspiring. Celgene has been able to attract the best talent by challenging the status quo. Seldom do you find a company like Celgene which celebrates the differences and leverages its diversity for innovation. The company’s sex ratio says it all as women constitute 52.8% of the global workforce. At 53.3%, women also had been the major beneficiaries of all the promotions that were handed out by the company in 2017.

But the company hasn’t just limited its efforts of bringing equality to the fore by limiting itself to the two recognized genders. In 2018, the company launched a new employee resource group to support the LGBTQI employees on its workforce. Celgene’s efforts on the same were recognized by the Human Rights Campaign Foundation this year as it awarded the company with the title of “Best to work for LGBTQ Equality”.

Mr. Alles joined Celgene in 2004 as the Vice President of the company’s Global Hematology marketing. He worked through the ranks and rose to the position of CEO at the company in 2016. He became the Chairman of the board of directors in 2018. Prior to Celgene, he was the Vice President of the Aventis Pharmaceuticals’ U.S. Oncology business unit. He served in various senior commercial roles during his stint at Aventis.

He began his thirty year career in the Pharma industry at Bayer. He is a member of the Board of Directors at the Pharmaceutical Manufacturers of America (PhRMA), the European Federation of the Pharmaceutical Industries and Associations (EFPIA) and Gilda’s Club NYC.

He earned his B.S. degree from the Lock Haven University of Pennsylvania and has served as a captain in the U.S. Marine Corps.

-Celgene was recognized as the Best Place to Work for LGBTQ Equality by the Human Rights Campaign Foundation this year.

-Celgene was ranked #1 in Newsweek’s Green Rankings in 2017.

-The company was recognized as one of the Most Innovative BioPharma Companies in 2017 by IDEA Pharma.

“The company’s commitment to changing the course of human health through bold pursuits in science, life-enhancing therapies and a promise has always put patients first.”

“Celgene hopes to turn some of the most formidable disease challenges 21st century into manageable conditions.”