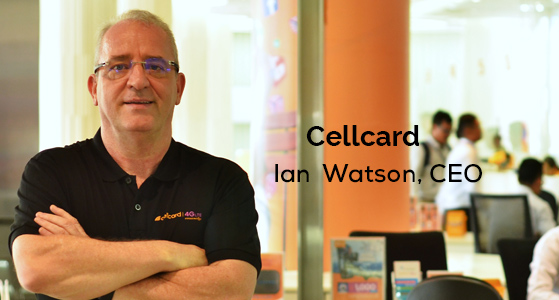 Telecommunication is crucial for growth and modernity. It is one of the fastest sectors which has more potential to grow. Businesses have taken advantage of teleconferencing, video conferencing, and video calling systems to steer collaboration among employees. We have found one of the best telecommunication companies which is happy to serve you anytime!

Cellcard, also known as CamGSM Co. Ltd., is Cambodia’s longest-serving network operator of more than 23 years with a customer base of more than 3.2million subscribers. The company was established in the year 1997 in a joint venture with Millicom International Cellular providing customers with the first prepaid service with scratch cards. Operating under the name Mobitel, the company became the market leader bringing many industry firsts in technology, products and customer service. The company rebranded to Cellcard in 2005 and in 2009 became Cambodia’s only 100% indigenous owned operator, with the buy-out of shares from Millicom.

Cellcard then evolved from voice driven 3G, to data driven 4G bringing in a new range of products and services for customer’s digital lifestyles. Although Cellcard was a late entrant to 4G, it quickly became Cambodia’s leading 4G network for speed, coverage and quality following its aggressive 4G roll-out of 3000 sites in 2017.

Now Cellcard is poised for its next evolution to 5G.Cellcard’s network team has been preparing its 5G roll-out for some months and conducted its latest live demonstration of their 5G speeds in Phnom Penh to a high-ranking government delegation in February showing speeds over 1.632 Gigabits per second – the fastest 5G speed so far achieved in the market of any operator. (Most customers on Cellcard’s 4G currently enjoy 20 - 30 Megabits per second depending on location).

Offerings of the company

As Covid-19 impacted the Cambodian market, Cellcard was faced with the challenge of holding revenue whilst also retaining customers and supporting the communities both urban and rural.  Hence the new plan Cellcard 4U was launched with an innovative range of features and benefits including roll-over of un-used data and minutes and waiving the subscription fee every four weeks.

Suitably named 4U, the plan has been attached to multiple Covid-19 awareness campaigns, charity initiatives and virtual events.

Renowned One Championship featherweight fighter Chan Rothana features in one of 4U adverts, together with his own personal Covid-19 message to help keep his fellow Cambodians safe.

The plan is specially designed to provide support and ensure connectivity of the Cambodian community during these difficult times, allowing customers to stay informed and in touch with families and friends, as well as keeping children learning online during school closures. Cellcard’s other flagship offers include:

Flexi product OsjaXchange giving customers $100  worth of calls and data for just $1 for 14 days.

Cellcard’s growing digital products and services also have been impressive in the past year. The company offers a fully-fledged entertainment offering including its video on demand service, Cellcard TV, as well as Music Streaming and the market’s first virtual gaming platform PlayGame.

To better understand the company, Ian Watson, CEO, spoke more about Cellcard in an interview with CIO Bulletin.

How does your company boost employees to be ambitious in meeting the goals?

There is a culture of Khmer family values that runs through our entire operation. Cellcard invests in training career development, internal rotation program, and regular company events where we celebrate achievement and focus our people on the next challenges as a collective team working cross-functionally.

Internally, Cellcard has used employee surveys and management meetings such as “Breakfasts with the CEO” to gain feedback and insights from employees.

We have a healthy and free-to-talk environment in the offices. Any member of the team from the cleaners to senior directors can come and talk to the CEO and other C-level executives.

Cellcard has Personal Development Plans for every employee, which is used to provide feedback, career development and incentives as well as a bright ideas initiative where employees are rewarded and recognized for good ideas to improve business processes and performance both internally and externally. The annual Personal Development Program (PDP) incentivizes our employees with cash bonuses, and salary increases based on performance.

Cellcard empowers its teams, and staff development is a priority, training young Cambodians as well as empowering female professionals. 60% of Cellcard’s senior management in 2020 are women.

How has your delivery model been successful for the organization?

Cellcard’s network success has attracted attention from around the world, resulting in 26 awards from leading global bodies such as Ookla, Opensignal, International Finance Magazine, IDG ASEAN, and International Business Magazine.

Cellcard has very quickly surpassed its two main competitors in terms of network reliability, quality, coverage, and speed. And by very significant margins. 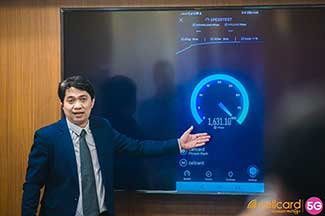 The results are reinforced with local, regional, and global recognition - cementing Cellcard’s fast rise to network leadership in Cambodia.

How long-lasting is your customer base? What strategies have you implemented to revolve it?

Cellcard prides itself on being a Customer Champion and the most reliable operator in Cambodia. Our commitment to our customers has been strongly demonstrated throughout our many trusted years of operation. In turn, we feel our customers are very loyal and appreciate and respond to our efforts to ensure they have access to the best and fastest mobile data speeds.

We were the first telecommunications company to launch 3G in Cambodia in 2005 and the first to launch Value-Added Services =in that same year. In 2009 Cellcard became 100% Cambodian owned and remained the only locally owned operator in the Kingdom. This move gave Cellcard an even more significant role in stewardship of the industry.

In 2013, Cellcard was also the first to launch a Loyalty Program, and today through its various promotions, gives back to customers about $2M a year in prizes and incentives.

In 2018, Cellcard launched the Kingdom’s first-ever Network Guarantee. The guarantee provides reimbursement of five minutes of talk-time to customers any time they experience a dropped call (on-net calls). The public has responded well in using the guarantee with a consistent level of calls coming into the automated IVR. 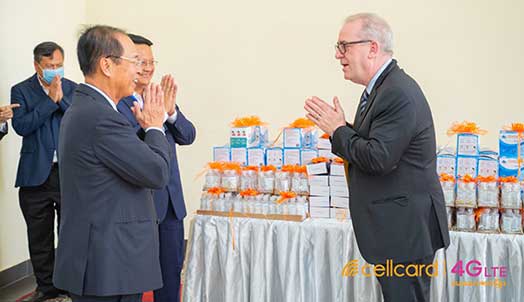 In recent years, Cellcard continued to make the guarantee service available even through significant power shortages across the Kingdom, which saw Cellcard deploy many more generators, mobile tower cell sites, and new batteries for the solar sites - all in aid of keeping customers connected.

What is your company’s vision, and how effective is it?

The vision and mission is to build the best digital lifestyle services company in Southeast Asia, which encompasses both technology and people.

Possessing skilled individuals necessary in order to push the business towards a better path. This kind of harmonious workforce, which is also the driving force, has helped Cellcard to achieve continued success in Cambodia.

The very young and dynamic management team consists mostly of mid-30s professionals, with more than half being women which helps drive the company forward successfully. 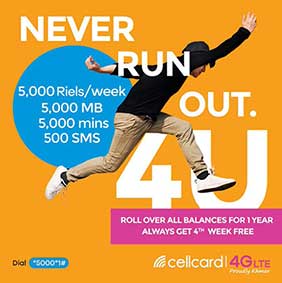 Meet the man behind the success of Cellcard

Ian Watson is the CEO of Cellcard and is recognized within the telecommunications community as one of the leading figures in relation to 5G and digital transformation; he has built a 30-year career in the industry across global markets.

He has also gained significant exposure as the driving force behind one of the most aggressive 4G roll-outs in the SE Asian region. His focus now is firmly set on driving the digitalization of Cambodia with early adoption of pre 5G and the introduction of 5G across the key segments of Consumer, Government, and Corporate.

“Cellcard stands by its vision for a digital lifestyle for customers as well as a digitalized economy.”