Changing the Landscape of Security: Cybereason 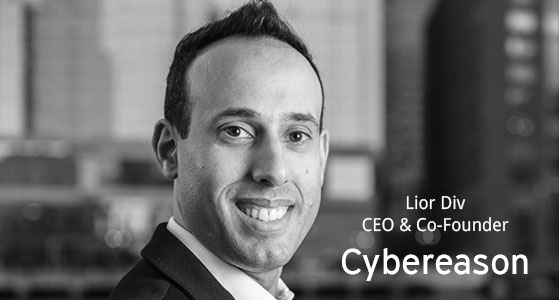 Changing the Landscape of Security: Cybereason

We live in times where security risks are lurking at every corner. It is utmost essential for every organization to stay safe and have a right plan to secure itself against an attack. It all starts with the right defense system with an accurate and elaborate threat prevention system. With the number of adversaries rising rapidly, it has become the need of the hour to stay alert and protected to the maximum potential.Â

Cybereason is the company that is rewriting the rules on how organizations protect themselves against rapidly evolving adversaries. The risks that every company is facing in this threat-infested environment require understanding the adversary and attack landscape. Ever since its foundation in 2012, the technology at Cybereason has stopped the worldâ€™s most advanced cyber attacks. The company is confident in harboring even greater ambitions.

â€œWe are here to protect our customers by exploiting their adversariesâ€™ weaknesses,â€ explains Lior Div CEO and co-founder of Cybereason. â€œThe layers of protection a company has are irrelevant since adversaries will always find a way to bypass them.â€ But Cybereason has an agenda for its defense technology. Itâ€™s certain that after infiltrating an organization, the attackers are vulnerable. Their activity offers an opportunity to discover the attack. This is why it has developed an endpoint detection platform that uses this insight to empower security teams.

The best part of Cybereason is that it instantly tells the companies if they are under attack, instead of hiding it within. Next, it analyzes the attackâ€™s impact and how to immediately stop the threat. The platform finds a single component of an attack and connects it to other pieces of information to reveal an entire campaign and shut it down. Even the most talented analysts would struggle with detecting a threat and quickly build a complete attack story. But, Cybereason simplifies this process.

Thatâ€™s not all. â€œThe military is part of our heritage. Many of our employees served in the Israel Defense Forcesâ€™ 8200 unit, an elite group that specializes in cybersecurity, giving them extensive experience with hacking operations,â€ proudly notes Lior. â€œWe are applying the militaryâ€™s perspective on cybersecurity to enterprise security.â€

Cybereason starts the hunting campaign immediately and ensures that other operations donâ€™t slow down.Â  Sensors on every endpoint silently monitor the entire environment without impacting user productivity. â€œOur technology starts hunting immediately, no rule-writing required. And we deploy in as little as 24 hours,â€ says Lior.

Next, it correlates events to find patterns. All of the data from the sensors are constantly relayed to the Cybereason Hunting Engine. It remembers, relates, and connects past and present activities and continuously grows stronger, smarter and builds better effectiveness. By using machine learning algorithms, the Hunting Engine recognizes behaviors that even the most sophisticated AV canâ€™t locate. This includes even the file-less malware and lateral movement. It connects seemingly unrelated or benign events to reveal the full scope of the attack.

Cybereason has a unique hunting engine which is not only smart, but also works hard and fast. â€œOur custom-built in-memory graph is the heart of the Cybereason Hunting Engine. It interrogates every endpoint by asking 8 million questions per second, 24/7 to uncover malicious tools and tactics,â€ elaborates Lior. Moreover, the Response Interface presents the end-to-end malicious operation or Malopâ„¢. Clients can delve deep into individual processes, discover how the adversary gained access, and remediate with precision. With less time spent on investigation and response, the top talent can focus on higher-level work.

Cybereason believes that security is not mysterious. It believes that security encompasses more than laptops, servers, and malware. Security is a complex operation run by people who use a variety of techniques to achieve specific goals. And so, Cybereason started off with endpoint detection and response. But today, it has a bigger objective and that is to protect it all.

The technology by Cybereason works on more than just traditional hardware. â€œWe envision protecting wearables,Â cars, and Internet of Things devices,â€ says Lior. â€œIn other words, anything that has a processor and is connected to the Internet!â€ Although this may sound like a lofty goal, Cybereason is confident as it has bold ideas. Cybereason is changing the landscape, returning power where it belongs with the defenders.

Lior Div is the CEO and Co-Founder of Cybereason and is an expert in hacking operations, forensics, reverse engineering, malware analysis, cryptography, and evasion. Previously, Lior served in unit 8200 of the Israeli Intelligence Corps as a commander of a cybersecurity team, where he received a Medal of Honor. Prior to co-founding Cybereason, Lior founded a cybersecurity services company that provided services to Israeli government agencies.

â€œTo us, security is not mysterious and encompasses more than laptops, servers, and malware. It is a complex operation run by people who use a variety of techniques to achieve specific goals.â€