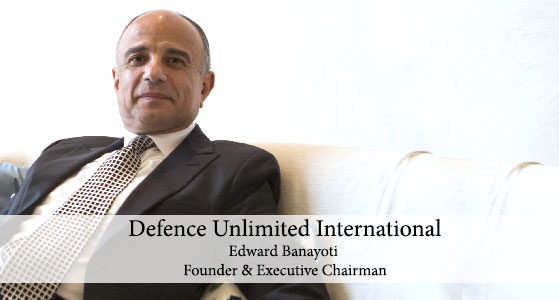 Private equity can help companies realize their potential and with the capital that private equity firms and their funds provide, they can avoid being taken over, remaining independent in driving their development. Private equity investors also generally bring expertise, contacts and deals through portfolio companies, which they can employ to deliver incremental value added to their investment.

We introduce you to Cornerstone Holdings Corp. A holding that has an umbrella of companies each dedicated to defined sectors. Investments the group makes focus on Private Equity or Venture Capital seeking to deliver Asset Value upside, Market opportunity and Strategic objectives at group level.

According to Mr.Banayoti, the CEO of Cornerstone Holdings Corp, many companies suffer from common weaknesses. Lack of vision and mismanagement. This is especially true for large companies. The need for innovation is highlighted by the composition of the main indices, DOW, FTSE, DAX which has regularly changed. Only innovation can keep something old keep its relevance!

The firm quotes, “We look at the recent demise of a large travel company, a company operating much in the same way for decades. The advent of the internet, travel sites, low cost airlines and GDS platforms offering easy direct access to cheaper packages effectively disrupted their markets. They had value in the franchise. It simply failed to keep up to the fast moving changes, especially technological. To secure a future, companies must pro-actively embrace change today!”

We got in touch with Edward Sawiris Banayoti to learn more about the firm.

Companies can come and go with the times, but only some companies have the capacity to change the world for the best. What qualifies you to be one of the best?

Few companies can stake a claim of changing the world. They can make inventions that make things better. However the world very rarely fully comprehends the long term impact of inventions it makes. Humans will always find a way to misuse good things. An example is Biotechnology advances leading to Biological weapons, Nuclear Energy, Thorium processes abandoned since it had no value in Weapons production. The situation will only get worse with nanotechnology, AI and other developments on the way! The more powerful the invention, the greater the risk!

It is usually the vision of individuals that makes changes happen. The likes of Tesla, Gates, Ford, Touring, Jobs and one could argue Musk are just a few that made it happen or provided the platform through which acquired companies or individuals within it could flourish. An example of this is Google’s acquisition of Android, where Android is now widely used Operating System.

One could argue that all the above helped develop the world for the better. However, for each positive one can find negatives. IT technology has cost a large number of jobs. Ford who actually had electric cars eventually ended up mass producing fuel based cars that led to much of the pollution we have since the mass production model introduced is today the basis of so many billions of tonnes of CO2 produced annually. The introduction of Tablets and phones is arguably the primary culprit why kids today seem to be more engaged with the virtual than care about the world around them!

The simple truth is that only time will tell what the final impact will be no matter what our best intentions could be since we rarely predict with absolute certainty the future!

What problems in the industry you could turn into an opportunity?

Inefficiencies, lack of foresight, tunnel vision and lack of access. These are probably the weakness which offer the greatest opportunities and upside. An inefficient company can be improved. A company without foresight can be given a clear direction. A company with a business having tunnel vision strategies can be easily pivoted into exploiting new markets. Companies with lack of access can be given access in the right platform. Android above is an example where capital and access delivered a world beating platform.

Competition is at its peak, and there are millions of companies in this world which mint billions a year. Do you think budding companies stand a chance to build their way to success?

Definitely. Three companies on DJ 30 still occupies a position since before world war 2. Only 10 hold a position since 1990 and 10 new members in the last decade. FTSE has seen two thirds of the companies lose their position in the top 100. In Germany just over half the DAX from 30 years ago have kept their status. Innovation and adaptability is the key to survival.

In one or the other way, impact can be measured, what is your actual positive influence on other companies?

We primarily seek to influence companies we have a vested interest in developing. Any company we target will benefit in a direct way through financial support, vision, lateral thinking and advice on how efficiencies can be delivered.

What is your firm’s modus operandi?

We do not baby-sit companies. We just guide them, and only introduce meaningful personnel changes if required where there is a clear and obvious upside. We seek to help their management open doors to deals which, in turn, helps increase visibility and growth.

What qualities of your company have helped to sustain your reputation in the marketplace?

Integrity, Fairness and Honesty. A fair offer from our part can at times be misinterpreted as opportunistic.

We are not a charity and will not pay for old mistakes or for theoretical potential if it is unrealized and can be realized quickly through our input! If we are at all interested, we can usually deliver upside from a loss-making position that ultimately makes the partners whole and possibly better off. After an initial refusal to offers we make, we more often than not, get a “knock on the door”. By then the situation may have breached a point of no return, at which point the numbers will have changed or we would have simply moved on!

A successful entrepreneur, Mr. Banayoti has led Cornerstone Holdings Corp. from the front from the very beginning.

He has served in the military and takes interest in helping those who have served in the armed forces to transition into the private sector. He has vast experience in the fields of defence, security and politics.

“We constantly look at various distressed opportunities or cutting edge products across sectors to continually add diversification to our current portfolio.”