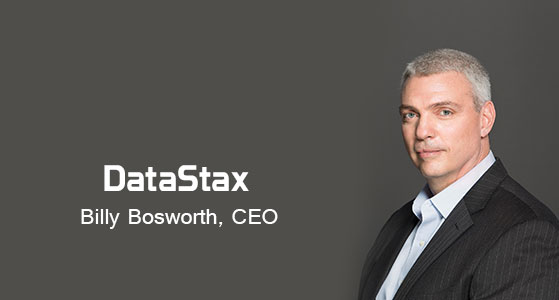 DataStax Enterprise is the hybrid, multi-cloud database designed to deliver today, tomorrow and beyond: DataStax

Data autonomy has the potential to preserve the data irrespective of the infrastructure it’s operating on. This helps you getting the flexibility to control your data and applications on any public cloud, private cloud, data center, or combination thereof, independent of the underlying infrastructure. It also permits you to implement a multi-cloud data management strategy.

The digital landscape has been increasingly important today. Current digitally empowered and geographically spread customers are radically connected, hyper informed, and always on. To exist and flourish in this customer-focused, data-driven economy, firms are required to rethink the technology infrastructure on which they are building and deploying mission-critical cloud applications and move to a modern, distributed database platform, built for hybrid cloud.

DataStax Accelerate Family favourite DreamWorks Animation has built a cloud platform powered by microservices that uses a graph database and Gremlin query language to guide the production of its films.

This digital pipeline handles everything from early pre-visualisation to the final render and will be employed in its next feature. This setup has been tested at length – the software engineers created an entire fake show to make sure it can do the job. The architecture of the platform was discussed for the first time at the DataStax Accelerate conference in America's capital this week.

3D animation has come a long way in the past two decades – the increasing complexity of images has pushed Hollywood to look for faster software and hardware. It may not be the first thing that comes to mind when you think about Madagascar or Kung Fu Panda, but these are technological, as much as they are artistic, achievements.

"The workflow is massive," Doug Sherman, principal engineer at DreamWorks, told the audience. "There’s just tons and tons of process, tons of files. So how do we capture all of that information?"

Here there be dragons

The team was happy to furnish an example: the first Shrek film (2001) had a single dragon, involved 4.5 million files and 7TB of data, and required 2,000 CPUs.

DreamWorks' latest How To Train Your Dragon installment, released in February, featured 60,000 different dragons, involved 500 billion files and 730TB of data, and required 54,000 CPU cores to render it – all used at a time when the studio was releasing three films per year.

"They take years to produce," Sherman said. "Seven to ten movies are being produced in any given year, so you have to multiply all of those numbers by ten.

"A lot of television animation, a lot of studios that don't quite spend what DreamWorks spends, will shy away from more complicated stories because there's a lot of tech involved in telling those stories. We just go for it – insane or not."

DreamWorks needed a way to track and manage the entire process of creating a film, linking different stages of production together. The studio chose to do this through DataStax Enterprise Graph, which is based on two open-source projects: Apache Cassandra, a NoSQL database originally developed at Facebook, and Apache TinkerPop, a graph computing framework supported by multiple database vendors.

Graph databases are normally used to identify and analyse relationships between datapoints; at DreamWorks, the datapoints are the CGI assets like 3D models, lighting and rigs – the virtual bones that move the models. "This is the stuff that trades hands from one department to the next until the completion of the movie," Sherman said.

"The whole reason we are talking about graph is because our script team, our simple way of doing these things, our brute-force methods were never going to scale – and we wanted to do more and more complexity. So we looked to microservices.”

"Because those designs play very well to cloud, we are positioned much better than we have been in the past to handle the times when India decides they want to help us on some things, and the China studio wants to collaborate – the software which wasn't compatible with this way of working is now compatible, because it is containerized and distributed."

Billy joined DataStax for the position of CEO in May 2011 and drove the company’s growth drastically from sub-$1M in revenue and 25 employees to over $100 million in revenue and over 500 employees today. He championed the company’s early years as the leading contributor of code and expertise to open source Apache Cassandra. Now, he is leading the company’s enterprise expansion as the world’s premier provider of the always-on, distributed cloud database built on Apache Cassandra and designed for hybrid cloud. Billy is on the board of directors of Tableau Software (NYSE:DATA) and is pro actively contributing to the Forbes Technology Council. He is a frequent speaker on the topics of cloud databases, data autonomy, hybrid cloud, AI, and distributed workforces and was most recently at The Economist Innovation Summit discussing AI and data trends shaping the future of global business.

Billy’s 25+ years of tech experience span nearly every part of the database industry in roles ranging from database administrator, to book author, to senior executive. Before joining DataStax, Billy spent six years at Quest Software, where his most recent role was VP and GM of the database business unit. Under his leadership, the industry-leading Quest database business grew from supporting traditional relational databases to a portfolio that included tools for cloud, NoSQL, columnar, and Hadoop databases, as well as business intelligence offerings. Prior to Quest, Billy spent a large portion of career as a software engineer, ultimately moving into product management at Embarcadero technologies.

He holds a bachelor of science in computer science from the University of Louisville where he was also a scholarship football player for the Cardinals.

“We help many of the world’s leading brands across industries transform their businesses through an enterprise data layer.”