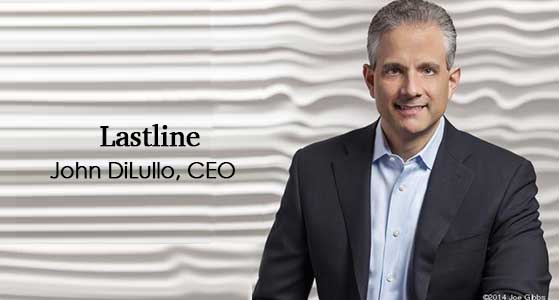 Enabling its customers to defend their organizations against advanced threats: Lastline

As everything is going digital, modern companies are suffering from many network security problems without even realizing it. The situation turns worse when these problems go unresolved, they can create doorways for attackers to breach a company’s security infrastructure and steal data.

Not one, but there are far too many potential security problems a company will face. But in the end, what matters is that organizations must enhance their security measures, properly align and continuously adjust their activities so they can mitigate or even prevent the most prevalent threats to network security.  It is obvious that they can’t do this alone, and partnering with an expert network security services provider could solve everything. In the light of foregoing, we introduce Lastline.

Lastline® is revolutionizing the way companies protect their networks and email. Its AI-power network security solutions detect attacks and malicious network activity before suffering a costly data breach. And it enables you to do this with fewer resources and at lower cost than existing security tools.

Lastline’s unmatched level of visibility, accuracy, and effectiveness, and its focus on CISOs’ ever-increasing pressure to secure company networks and assets, has resulted in the company providing specific, actionable, context-rich threat intelligence and decreased data loss to many of the largest and most successful companies around the world.

Lastline’s world-class researchers investigate unique malware and attacks every day and incorporate that into all Lastline products to insure you’re always protected against the newest and novel threats that actors continue to develop in the hopes of successfully gaining a foothold inside your network.

Too many security tools ignore or misidentify the malicious behaviors that are essential to understanding the scope and intent of an attack. In contrast, the power of Lastline’s threat intelligence focuses on detailing the behaviors that advanced attacks exhibit. Armed with this intelligence, your security team can secure your email, web, cloud, and network against advanced malware-based attacks faster, and with fewer resources.

Lastline Defender™, a Network Detection and Response (NDR) platform, detects and contains sophisticated threats before they disrupt your business.

Its network security software delivers the cybersecurity industry’s highest fidelity insights into advanced threats entering or operating in your on-premises and cloud network, enabling your security team to respond faster and more effectively to threats.

Complete Threat Detection: Lastline’s unequaled malware analysis deconstructs every behavior engineered into an object entering via mail or web traffic. It sees all instructions that a program executes all memory content, and all operating system activity. This visibility enables us to accurately detect zero-days, ransomware, spear phishing, account takeover, and more.

Unequaled Visibility: The software provides visibility into every element of a cyber-attack (see screen shot), including traffic crossing the network perimeter and traffic moving laterally inside your network. It achieves this by blending malware analysis, described above, with three additional, complementary AI-powered detection technologies:

John DiLullo, Chief Executive Officer:John has nearly 30 years of demonstrated success in enterprise security, networking, cloud, and AI, plus go-to-market expertise spanning sales, marketing, customer success, technical support, and operations. His career includes extensive time domestically and abroad with market leaders such as Cisco Systems, Avaya, SonicWall, and Aruba Networks serving customers large and small through traditional and emerging channels. Prior to joining Lastline, John was the EVP for F5 Network’s $2B+ Worldwide Sales and Customer Operations, delivering improved application performance and security solutions to Enterprise and Service Provider data centers and public cloud environments. John is an avid technologist, an author, an entrepreneur, an innovator, and an accomplished public speaker. Over the course of his career John’s special devotion has always been to improving the customer experience and embracing specialized routes to market for transformational business solutions. John holds two patents, is fluent in Spanish, has a B.S. in Electrical Engineering from Villanova University, is a former Stanford University Fellow, and has more than 5 million frequent flyer miles.

“We are dedicated to continuous innovation to provide the best defense against, and the most complete visibility into advanced threats and malicious behaviors.”