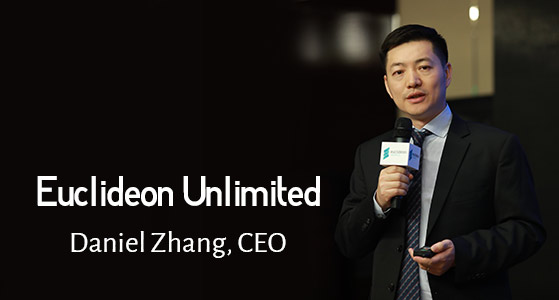 3D visualization has become popular over time as various industries have realized its plus points. A company based out of Australia, Euclideon, has been a path breaking presence in this space, setting new industry benchmarks, and enabling customers to use data in completely new ways.

Founded in 2010, Euclideon has its roots in the geospatial industry but today the company’s technology helps solve problems all over the world by eliminating the need for high-end graphics cards. Its technology has quite simply given computers unlimited 3D graphics power. Their solutions help a diverse range of markets including Governments, Utilities, Oil and Gas, Aerospace and Defense, Transportation and Roads, Town Planning, Surveying, Mining, Underwater Mapping and many more.

The technology has raked in many laurels and has been featured in thousands of media articles and forums worldwide, including Popular Science and New Scientist magazines.

Imagine a laser scan – a scan of our planet, Earth. That scan would be approximately 37 Zettabytes of raw 3D data. Now, 37 Zettabytes as you would imagine requires a lot of time to process and view. But with Euclideon by your side, you could view it in just less than one second with no compromise on area and detail.

The agnostic nature of Euclideon Vault, the company’s flagship product, means that there would be no problem with different inputs, export file types, and workflows. The software allows its customers to host models centrally and share with thousands of users even at places where the bandwidth is limited. This can be done even on very low spec hardware PCs, tablets and mobile devices. While it works great on Linux, Macs, and PCs, Euclideon Vault comes in a version that works in a web browser too.

The governments and organizations of the world go to great lengths to capture massive LiDAR datasets. For instance, the UK DEFRA 25cm LiDAR dataset is over 15 terabytes in size. It needed to be split into tiles of 500m X 500m. These tiles needed to be downloaded individually. This meant that the number of tiles would be well over 500,000. All these tiles can be combined into a single dataset using Euclideon Vault and opened simultaneously in under one second. Through its software, Euclideon is continuously pushing the envelope forward and changing the game for their customers.

Daniel Zhang, the CEO of Euclideon says, “When our customers are able to visualize, share and access 3D data in a way never thought possible, recreate a digital twin of an entire city, rail or road network, or airport with live IoT tracked assets, I am filled with a sense of pride at what our team has been able to achieve.”

Vision for the future

Euclideon will continue to work on its plans of expanding its operations as it partners with more and more organizations all over the world. But the company remains committed to its original vision which was to help people view the world through great 3D visualization experiences. Euclideon is expected to remain at the forefront of 3D data technologies, as unlimited-sized 3D data is integrated with AI, IOT, 5G to create the digital twin world.

The Solution for Large 3D Datasets

The Transport and Main Roads Authority in Queensland, Australia captures LiDAR scans of thousands of kilometers of road network. But the challenge here is that the high resolution 3D datasets become very large and unmanageable. A single Australian highway can be in excess of 1,500 km long which can result in a .LAS file that is around 520 GB in size – difficult to store, manage, and share. Euclideon Vault solves the problem as it can instantly load all of this data in less than one second. The data can even be shared with a colleague or a partner anywhere in the world via the cloud.

He became an entrepreneur after his four year stint at P&G China. He has established businesses in Media and Advertising, Internet and E-commerce, and International Trading. He joined Euclideon to set up the company’s China operation in 2015. In 2018, he became the CEO of the company.

He earned his EMBA from the China Europe International Business School.

“Euclideon’s revolutionary 3D visualization technologies are only achievable because of the team’s unwavering belief that anything is possible by constantly re-thinking the impossible.”

“The fundamental driving force behind all of Euclideon’s decisions and technologies is a strong desire to change the world for the better.”