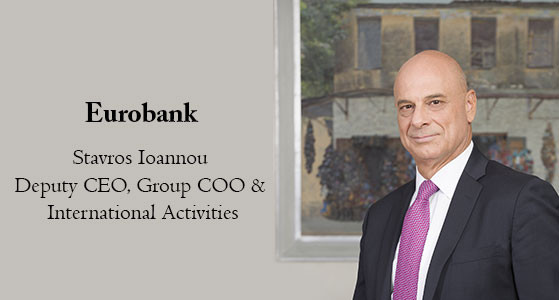 TURNING THE PANDEMIC INTO OPPORTUNITY

As the pandemic marches on, the global economy is in a state of widespread recession, deep uncertainty, and low visibility for the future. The global business community, in close cooperation with the Authorities is trying to cope and figure out when and how the economy will reach a new balance in a post COVID era. In such a context, we are all mapping strategies act proactively, hoping to recover quickly and sustainably from the unprecedented recession caused by the pandemic’s expansion, although, the degree of complexity remains high and will remain so until scientists produce a safe treatment protocol or/and safe vaccine. Already, in the pre-COVID era, the global economy was trying to establish a sustainable development under the pressure of unique challenges such as the 4th Industrial Revolution, climate change, trade wars, and grave political tensions among the leading forces of the world.

The pandemic has been a game-changer, and now, the one million dollar question is - how will we (even at a huge cost) turn the page and move towards a post-COVID era of opportunity. We must bear in mind what Winston Churchill once said: “We should never waste a crisis,” and perhaps, this is how we should face this crisis.

The Pandemic Crisis and Growth

A year ago, the Greek economy was entering a new dynamic phase, trying to establish an investment-led growth based on a new productive model and the contemporary trends of extroversion, Green & Digital Development. The pandemic put on hold this fresh start that was gained after a long period of difficult adjustment and fiscal consolidation the country had undergone due to the Greek debt crisis.

During the first period of the pandemic, the country drew international attention positively due to how it handled the first wave of the health crisis, strengthening its policy credibility profile in the international investment scene. Its performance contributed substantially, towards Eurobank’s growth. Eurobank, one of the 4 Greek systemic Banks, completing a major agreement for the streamlining of its financial balance, relieved of the burden of its stock of non - performing loans. The agreement with Italy’s doValue, a few months ago, was the first major private investment in Greece after the eruption of the Covid –19 crisis in the country and despite its demanding nature and the new crisis in Greece as well as in Italy, it was implemented seamlessly after a period of detailed preparation and commitment by all counter parts.

Eurobank’s decision to lead landmark projects such as the “Hellinikon” project and the “Attica – Crete Electrical Interconnection” highlights the special focus it is attributing on the transition to a Green economy. Additionally during this period, Eurobank energetically participated in the corporate bond issuance for the leading Greek companies. The latest example being OPAP’s corporate bond issue. Eurobank actively supports the global objective for Green Growth through various practices that confirm its commitment to achieving the United Nations goals for sustainable development and the Responsible Banking Principles, which it has co-signed. This is especially important in Greece because the country is set to make remarkable investment to offset the impact of ditching coal in power generation by 2028 and cutting carbon emissions in line with European Union climate targets by 2050.

The pandemic makes the digital bet even more robust, and companies will be required to work intensively on enhancing their digital offerings. To increase their market share in this rapidly developing market of younger generations, investing heavily in digital growth will be necessary. Eurobank’s massive investment in its digital transformation (around 150 million euros) in the last three years has ensured its high digital readiness to deliver quality services as the pandemic broke in. This couples with the intense effort the Greek government makes to introduce a digital way of servicing the Greek citizens that will assist enhancing the digital culture of the population, leading to a faster digital transformation overall.

Eurobank has a huge role to play in this, especially in the mobile area, as there are strong dynamics involved particularly in this space that could bring about the development of banking services in the country on the long run. In September 2020, the Eurobank customers’ count using digital channels increased by 33% year on year (yoy) while the increase was 46% yoy for their mobile app. Eurobank has shown that it is a bank of Innovation, having gained many distinctions for its achievements. At the latest, Global Finance named the bank as the

Best Digital Bank in Greece for the third year. “We have many new, important digital tools and services, which enhance the customer experience significantly,” says Stavros Ioannou, Deputy CEO. Group COO & International Activities, Eurobank SA. An important example of this is Eurobank’s v - Banking, an innovative service for its business clients through which they can have full access to a special advisor that handles their account, at the time and place of their convenience. It is worth noting that the Bank was distinguished “Crisis Leader for 2020” by Global Finance Magazine for the actions it took to safeguard health and safety issues for its staff and customers and its wider support to the Greek society in various ways.

Despite the Greek debt crisis, Eurobank is the only Greek systemic bank that managed to not only hold a substantial international presence but also strengthen its position through carefully planned strategies. Today, they are present in Greece, Cyprus, Serbia, Bulgaria, Luxemburg, and London. “We recently chose to strengthen our presence in Bulgaria, one of the biggest markets in the region, further enhancing our position in the market, by acquiring two local banks, owned by Greek banks that were leaving the market,” says Stavros Ioannou. At the same time, an important example of the Group’s commitment to being innovative is the development of egg (egg - enter•grow•go). It is perhaps the most recognized business accelerator in Greece, established in 2013. It helps many young, talented Greek scientists and entrepreneurs to develop in Greece, despite the crisis.

A heavily experienced senior business manager who specializes in Banking and Finance, he has a strong history of managerial roles in major financial institutions in Greece and abroad. As Deputy CEO, keeping innovation at the forefront of his leadership, he helps set the strategic direction of the company, contributing to its financial results and ensuring it can effectively face present and future challenges, while delivering added value. He currently serves as the Chairman of the Executive Committee of the Hellenic Banking Association; he has been its member since 2013.