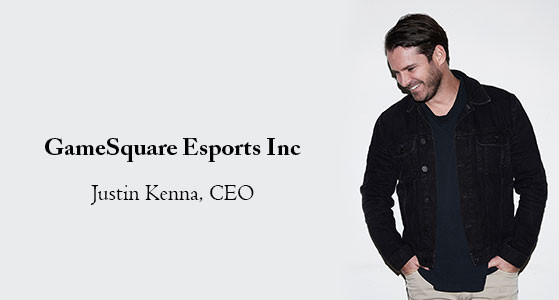 The esports industry has seen incredible growth over the past few years, both in terms of viewership and revenue. As audience engagement has grown within this emerging form of entertainment, global brands have taken notice leading to rapid growth in spend committed to sponsorship, direct advertising, partnerships, and collaborations. While the growth has been impressive, industry experts believe that esports is only just entering an era of professionalization and monetization. And it isn’t just brands that are seeing the potential, investors have been committing capital with a reported $8.1 billion of disclosed investments in public and private esports companies in 2020 alone.

The esports and gaming audience is a key demographic yet it remains difficult for major brands to navigate without a guide as they grapple with how to reach a generation that does not consume media in traditional ways. These untouchables prefer Tic Tok to TV, choose esports over conventional sports, and influencers are the new celebrities. To put the market in context, the gaming industry today is a bigger market than film and sports combined and is expanding rapidly. In short, the esports cohort is a massive consumer group but the old playbook doesn’t work; brands are scrambling to connect to this increasingly important demographic.

Gamesquare is a company making it easier for global brands and esports communities to play together. It helps make critical introductions and forge strategic partnerships that connect brands to fans. The company’s focus is is on organic growth of its companies complemented by the acquisition of digital media esports influencer networks, professional e-sports teams, and adjacent assets and entities that serve the esports, gaming, sports, and entertainment industries.

The idea behind GameSquare and its relevance

Gamesquare’s ethos centers on connecting global brands to the ever-growing esports and gaming communities. The company does this through its three agency businesses: Code Red in the UK, and GCN, and Cut + Sew, who are both based in the US, as well as our three team assets, Complexity Gaming in the US, LGD-REC in China, and R7 in Mexico City.

Gamesquare helps connect global brands with fans in one of the fastest-growing industries in the world. It’s estimated that the global gaming audience will reach 600 million by 2023. Gamesquare has a reaches this audience using a media stack that reaches 115 million global esports fans every month, an extensive influencer network, and a tremendous fan base across its team assetrs. The company has acquired several companies excelling in the field of esports and online gaming and continues to do so.

“We are focused on growing our digital media and talent agency businesses by bridging the gap between global brands and the large Esports and gaming communities. We are focused on North America and Europe, and we have a large presence in Asia and Latin America through investments in Esports organizations in China and Mexico City,” says Justin Kenna, CEO of GameSquare Esports Inc.

GameSquare is investing in organic growth complemented by strategic M&A to acquire assets and entities that serve the large esports market and, more broadly, the sports and entertainment markets. The company focuses on global brands through its digital media group, the Gaming Community Network (GCN), and its Esports agency, Code Red, the Authentic Esports Agency, an Esports Awards 2019 nominee for the Esports Supporting Agency of the Year. While organic growth is the focus, M&A is being used to accelerate growth, making expertise and risk management crucial.

Code Red Esports works with publishers, tournament organizers, esports teams, broadcasters, sports clubs, investors, and endemic and non-endemic brands. No matter if you are already in esports or looking to invest in esports, Code Red is the go-to option. While Esports may have only recently started to hit the headlines, their team has been working in the industry since 2002. They have been involved in some of the most significant events of all time, such as Blizzcon, Quakecon, and The International which now boasts a prize pool of more than $40 million. From running events from scratch to sourcing and hiring talent, to writing and broadcasting shows that have gone out to over one million viewers, as well as conducting all manner of strategic and marketing projects, they have seen and done it all. As a result, code Red has witnessed first-hand how the industry has evolved and is uniquely positioned to forecast how esports will continue to change.

GCN builds bespoke strategy solutions for reaching the young gaming & esports audience from content creation to full-scale tournaments for any endpoint, be it social, broadcast TV, or live stream. It is the only independent media group 100% dedicated to gaming & esports with in-house resources to design, produce, manage and execute a complete 360° activation.

Cut + Sew is the company’s most recent acquisition. It is a boutique marketing agency operating at the intersection of sports, entertainment, technology, and new media. Through industry expertise and a curated network, this modern-day marketing agency creates campaigns to help brands tap into a younger, more culturally relevant audience.

They are a dynamic gaming and lifestyle marketing agency based in Los Angeles with a client base that includes FaZe Clan, Tiv, Amazon’s Crown Channel, HyperX, Mavix Chairs, Play One Up, and more. The acquisition adds additional marketing and strategy capabilities to the GSQ family with a focus on traditional sports, gaming, emerging technology, new media, music, and fashion. The acquisition is also anticipated to add high revenue growth while adding another profitable organization into the GSQ portfolio of companies.

Just prior to the Cut + Sew acquisition, the company announced the acquisition of Complexity gaming — a leading global esports organization that further strengthens GSQ by combining their leading digital media groups with world-class teams and authentic esports content. Over the past 16 years, Complexity has won over 140 championships and fields a top ten CS:GO team, arguably one of the most popular esports on the planet. With unparalleled support and infrastructure from its ownership group, Complexity has created the world’s foremost operations center and training facilities. Complexity’s player-first mentality, passion, professionalism, and innovation is what distinguishes them as a global leader in modern esports. Complexity Gaming was majority-owned by Jerry Jones with an obvious link to the Dallas Cowboys. As part of the deal, the Jones and Goff families led a $17m CAD financing to increase their stake in Gamesquare. As part of the transaction Gamesquare executed a gaming and esports agency of record deal with the Dallas Cowboys which represents a tremendous opportunity to connect the massive esports audience to the Dallas Cowboys, the most valuable sports franchise in the world.

This is truly a market-leading deal when it comes to the integration of esports and traditional sports. Gamesquare is working with the Dallas Cowboys on a number of potential projects to help them engage the large gaming and esports communities. The company is currently working on concepts for a gaming setup at training camp, tournaments, content opportunities, integration with world-class streamers, pro players, as well as Cowboys Players League, Gamers Club, Merch Collabs, and Game Day Gaming Lounges, and many other potential activations to bring esports fans and traditional sports together.

Justin Kenna joined the company as CEO earlier this year, bringing his vast experience to GameSquare Esports, having worked as the CFO for FaZe Clan, the world’s leading gaming lifestyle brand and one of the most valuable Esports organizations on the planet. While the Esports segment’s growth has been hitting the headlines more than ever before, GameSquare’s team has been working in the industry since 2002. The company has an exciting client roster and pipeline that includes top-tier global brands such as Bud Light, Fox Sports, Cox Communications, GEICO, Chipotle, and more. GameSquare is truly a unique Esports company; given its publicly traded status, there are only a few publicly listed Esports companies globally.

Justin Kenna is the CEO of GameSquare Esports. Announced as GameSquare Esports Inc’s CEO earlier this year, Justin has extensive experience in the Esports industry, having been the CFO of the world’s biggest gaming brand – FaZe Clan. He was instrumental in FaZe Clan’s growth over the past three years and has taken them from eight employees to over 100, revenue growth by a multiple of 12-15 over that time, and raised $60m in debt and equity. Under his leadership, the company was placed within the top 5 valued companies in the space (Forbes) at over $300m and growing. Prior to FaZe Clan, he has worked in various roles at Ernst & Young, Deloitte, Australia-based RAMS, Optimist Inc., and Madison over the last 17 years.

“Our growth is based on acquisitions of esports influencer networks, professional e-sports teams, and adjacent assets and entities that serve the esports, gaming, sports, and entertainment industries.”

“GameSquare is seeking to acquire additional assets and entities serving the esports market and, more broadly, in sports and entertainment.”