Helping people grow personally is just as important to us as having success in the business: ACN 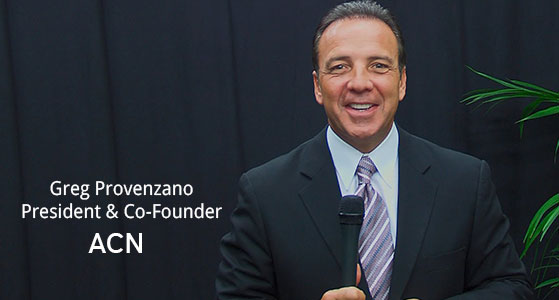 Helping people grow personally is just as important to us as having success in the business: ACN

Headway in telecommunication technologies have immensely affected on the way people communicate with one another globally. These days, individuals and businesses can communicate easily via voice calls, video calls and data sharing applications. Businesses have particularly taken advantage of teleconferencing, video conferencing and video calling systems to steer collaboration among employees. By adopting a sophisticated telecommunication system, many businesses have realized improved productivity, better customer service and increased growth.

Since the company’s origination in 1993, it has pledged of not just following principles of good business, but also to principles of giving back. ACN’s Global Reach Charities was founded out of that commitment, and through it, ACN has given back both locally in Charlotte, NC, and around the globe.

The firm focuses on charity work too. It pools in lot of money to support charities everytime. In the year 2016, ACN’s golf tournament earned $250,000.

Reputation is everything at ACN

ACN’s core value is Integrity on which the company was formed. And in spite of its incredible growth, integrity is also what continues to drive every decision the company makes, even 20 years later.

From day one, ACN’s Co-Founders are dedicated towards Independent Business Owners (IBOs) and company’s integrity, ethical standards, and market plan that complies with consumer protection laws while operating their home-based businesses.

ACN main goal is to provide extraordinary service and support to its Independent Business Owners and their customers. The company does not do it for the recognition; it does it because the more people it can help to change their lives. But when you're the world's largest direct seller of telecommunications, energy and other essential services, it’s hard not to get noticed.

Simplicity is the best part of ACN’s business model and the potential! Independent Business Owners (IBOs) offer their customers services they are already using and spending money on anyway through their very own, personalized ACN Direct Online Store, services like phone service, wireless, gas and electricity, merchant services, high speed internet, home security and automation, television - and more. There is no change in buying habits and IBOs don't have to convince customers to purchase services they don't need or can't afford.

People are already using ACN services daily and there is no requirement to convince them buy anything from the company. All that IBO’s have to do is direct customers towards their online store. Customers should be allowed to take decisions to switch to a smarter way of getting home services.

After Danny Volonino had a bad car accident in the early 1990’s, he felt low all the time. It was the time when Danny was recovering and his prayers were answered when his buddy approached him apropos ACN business opportunity. Danny immediately joined the company.

He went to work immediately, but it wasn't until a visit with the ACN Co-Founders where Danny decided to give it his all.

"They didn't judge my past and were willing to answer every question I had about my new future with ACN." Personally developing inside is the key to finding success on the outside. Today Danny consistently encourages positive thinking and personal growth to his team.

Danny has a goal in ACN which is to help to help many ministries to keep doors open Danny’s goals in ACN are to help as many ministries as possible keep their doors open, and even more so, help as many people as possible deal with the current economic condition. "I want to give people hope and I know that by sharing ACN, this is the vehicle that will get them there."

Greg Provenzano has completely dedicated himself to personal growth, and he encourages others to work on their personal lives as hard as they work on their businesses. Greg persuades ACN’s independent business owners. He shares the company’s vision with them, as well as ways to improve their businesses and their lives. Greg communicates with independent business owners daily, encouraging them and helping them stay focused on their goals.

Maintaining a reputation of honesty, integrity and credibility is a badge of honor - and it’s one that will always be priority number one for ACN.