Horizon Discovery: Crafting a new world in Genetics On the path from research to therapy 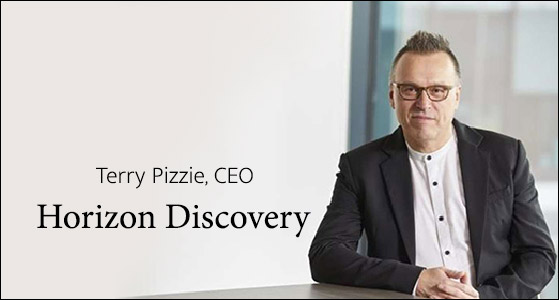 Horizon Discovery: Crafting a new world in Genetics On the path from research to therapy

Genetically modified cells were part of science fiction for a long time, but now terms like CRISPR are getting more generalized ever since the Chinese scientist created the world's first genome-edited babies. Although it caused panic in the scientific world, it also opened doors to a whole new world of research.

It is impossible to understand “Horizon Discovery” without knowing what gene-editing all about. The process of gene-editing involves making highly specific changes in the DNA sequence of a living organism - humans in this case. The process of gene editing is performed using nucleases that have been engineered to focus and target specific DNA sequences where they cut the DNA strands and thus remove the existing DNA and complete it with the insertion of replacement DNA. The famous CRISPR is a molecular tool that is key in the gene-editing technology.

Horizon works on building models and reagents that are derived from genetically-engineered cells which are used by its customers, or often they are deployed on their behalf to gain knowledge of genetic drivers of diseases, This involves developing novel drugs or cell therapies which are targeted at these genetic drivers. Through this process, Horizon applies genetic knowledge to provide biological insights that further translates into improved research and development outcomes for pharmaceuticals and treatment centers.

How it all started?

The company began its operations in 2007, when Dr. Chris Torrance and Professor Alberto Bardelli was working on their proprietary gene-editing technology that uses a recombinant adeno-associated virus (rAAV) for the creation of custom made cell lines with genomic modification.

On the path to understanding oncological mechanisms, they created their first cell lines, which are cells containing precisely engineered, disease-associated mutations for some of the most discussed oncology genes like KRAS, PIK3CA, and BRAF.

The year 2013 was revolutionary for Horizon, intending to significantly improve efficiency; Horizon started licensing nuclease-based genome editing technologies like CRISPR Cas9. This further improved their scope as they rapidly and efficiently found knockout genes through error-prone repair. It is these ‘Knockout’ cell models that are offered today as 'off-the-shelf cell lines that model the disease-causing mutations found in genetically based diseases.

Horizon now offers extensive support in the life science market like the ability to alter any gene, or modulate its function with the help of technologies like CRISPR, ZFN or rAAV in human cell lines. Now with over a decade of experience in the cell engineering sector, Horizon boasts an unmatched set of tools and services to help the scientific community understand genetic drivers behind human diseases and deliver biotherapeutics, cellular and gene therapies for precision medicine and also helps in developing validate diagnostic workflows.

Currently, Horizon has an international customer base of more than 1400 unique organizations across 50+ countries. This includes major pharmaceutical, biotechnology, and diagnostic companies and also leading academic research centers. Its products and services now reach a wide range of markets and are estimated to be worth over £29 billion in 2015. The company headquarters is situated in Cambridge, UK and is also listed on the London Stock Exchange under the name “HZD”.

Horizon’s gene editing platform is now capable of altering genes in virtually any human or mammalian cell line and based on this it can now offer over 23,000 cell line pairs that accurately model the mutations found in genetically based diseases.

This 'patients-in-a-test-tube' model is used by customers, or by Horizon on their behalf to better understand the effect of individual or compound genetic mutations on drug activity, patient responsiveness, and resistance which will help in the successful prediction of which patient sub-group will respond to currently available and future drug treatments.

Plethora of products and services

Horizon majorly has three business units; Products, Services, and Research Biotech. In the products and services division alone they offer a wide variety of models.

Horizon houses more than 23,000 gene-edited cell line pairs that can be used to study the role and functioning of any gene in a variety of cellular processes and thus provide a model for the understanding of human gene function. The company is also a leading provider of genetically defined, human genomic reference standards which includes Formalin-Fixed Paraffin-Embedded cell line sections (FFPE) and purified genomic DNA (gDNA) which works as a sustainable source of reference material to several laboratories and manufacturers.

Terry Pizzie joined Horizon discovery in 2017 as the Head of Commercial Operations and within a year he became the CEO. He has 30 years of experience in the biotechnology tools sector and started his career with Applied Biosystems in 1988 in a sales role and later went on to become the Vice President of Europe in 2003. He has a degree in Physiology and Biochemistry from the University of Reading and has spent his life in improving commercial excellence within the sector.

“Horizon Discovery drives the application of gene editing and gene modulation within the global life science market – supporting scientists on the path from research to therapy.”