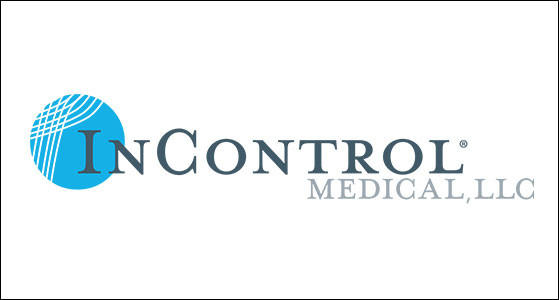 InControl Medical: Made by Women for Women

Bladder leakage is a major problem around the globe and affects around 60 million women with incontinence in the US. Globally the number exceeds 200 minutes. Women with bladder leakage have to literally plan their day around bathroom. They have to undergo surgeries, embarrassment and remarkable inconvenience while living with this issue. But in 90% of cases, bladder leakage is a muscle issue. And yet, urinary leakage pads dominate the market as a solution to this ailment. But studies have shown that pads are associated with a higher incidence of urinary tract infections. On the other hand, medications mostly treat urge incontinence with a very low success rate and a number of side effects.

Electrical Muscle Stimulation (EMS) although has been used by physical therapists and sports medicine practitioners to strengthen muscles. This technique had been used to strengthen pelvic floor muscles and cure stress urinary incontinence. But Wisconsin-based InControl Medical used EMS to breakthrough and completely eliminate urinary and fecal incontinence through its innovative products. InControl Medical was established in 2010 by Herschel Peddicord to create real solutions for treatment of urinary and fecal incontinence. “When I looked at the market,” Herschel said, “I could see there were treatments for stress incontinence, and treatments for urge incontinence, but nothing solved the two together. And, nothing existed that got to the root of the problem: weak pelvic floor muscles and/or an overactive detrusor muscle.”

Under Herschel Peddicord’s leadership, the company came up with InTone®. It was the world’s only inflatable female incontinence device to provide quantitative data about the patient’s progress to her physician. The device was cleared by the FDA in 2012.  In 2015, the company launched Apex®M, which became the only over-the-counter device to control stress, urge and mixed incontinence in women. The product has since then sold over 70,000 units.

But the best product by the Brookfield, Wisconsin Company is clearly – Attain®. It was cleared by the FDA in 2019 and still remains the only home medical device that cures stress, urge

and mixed urinary incontinence, and bowel incontinence which has a better than 90% success rate. “If you use Attain as directed for 90 days and you’re not satisfied with the results, we will simply refund your purchase price. Acquiring Attain is not taking a chance, it’s taking the first step to wellness,” emphasizes Herschel Peddicord, Founder and CEO of InControl Medical. The device has received rave reviews by clients and customers alike. It is considered as one of the foremost products to deal with incontinence. “I have been using Attain for a little over a year and it has changed my life. Ladies, don’t hesitate to try this for bladder issues, you will not be disappointed. InControl Medical is a great Company and they make a great product. Thank you, In Control Medical!” says Lorraine Trapp, an Attain Client.

The home device uses two patented electrical signals to strengthen internal pelvic muscles and relaxes the detrusor muscle and stops it from spasming. Attain cures urinary and bowel incontinence and comes at a one-time cost of less than $500. And it has no side-effects. Charlotte B., a 76-year old woman who has had three bladder surgeries sought the help of Attain and saw results almost immediately. She said, “I was very skeptical but this product is amazing. In as little as two weeks, I could tell the difference. I no longer have to wear a pad at any time. So happy I found this.”

North America accounts for a major share of global pelvic floor electrical stimulation devices market. The continent has a high patient population of urinary incontinence and other pelvic floor disorders.

But it also has had higher number of regulatory approvals for innovative products in the past few years due to the presence of major companies.

InControl Medical’s products have so far helped over 170,000 people gain control of their urinary and bowel functions by solving the issues that cause incontinence. The company manufactures its products at its Brookfield, Wisconsin facility. It sources all of its materials in the U.S. and all of InControl devices are handmade. Each device by InControl is tested at each stage of the process. Today, the company holds as many as over 50 patents.

He has over 30 years of experience in sales, marketing, and startup operations in the medical industry. Prior to establishing InControl Medical, he founded HomMed, LLC, an in-home health monitoring products manufacturer. It had generated $38 million in annual sales and became the world’s largest telemedicine company. Herschel sold the company to Honeywell in 2004.He has also developed products for Criticare Systems. He is a proactive strategist adept at evaluating and modifying business models to drive sales and profitability.

“The company manufactures its products at its Brookfield, Wisconsin facility. It sources all of its materials in the U.S. and all of InControl devices are handmade.”