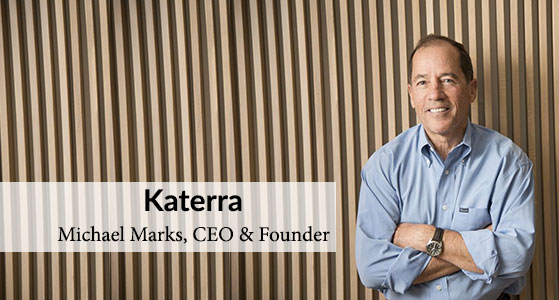 Based out of Menlo Park, Katerra is one of the leaders in the construction industry which believes that the global construction industry is ready for a change. The company is one of the fastest growing companies in the world. It has grown leaps and bounds in just four years to become valued at well over the billion-dollar mark. Today, it is the one-stop solution for every material and product for building projects.

Katerra was founded by Michal Marks, Fritz Wolff and Jim Davidson back in 2015. The company came into being to change the way construction industry functions. Katerra from the start was a disruptor which worked on removing unnecessary time and costs. The goal was “Better, faster and cheaper buildings for everyone.”

Traditionally, construction projects involve hiring a developer who in turn subcontracts the many tasks of construction. But Katerra quite simply does it all. Much of the construction of buildings is done at the Katerra factories. These factories make a wide range of building components which include lighting, wall panels, truss assemblies, cabinetry and much more.

This unique factory model has enabled the company to move through the various processes of manufacturing, delivery and installation. This kind of approach to construction has helped in accelerating the speed, precision and coordination while not neglecting the quality of work. Its revolutionary approach to construction has helped it get valued at over a billion dollars pretty early in its existence.

On February 18, Katerra held its TAKE OFF event where it demonstrated and announced new products. This was the company’s first official product launch. At the event, Katerra launched its Building Platform, its software vision called Apollo, and its integrated energy platform. Additionally, the company had made announcement of a CLT manufacturing facility in Spokane Washington. This facility is the largest capacity CLT factory in the U.S.

Early in 2018, the company raised a massive $865 million in its Series D round of funding. The funding round was led by Softbank Vision Fund. Among the other investors were Tavistock Group, Navitas Capitala, DivcoWest and the Canada Pension Plan Investment Board. After the massive funding round, the total raised capital went up to $1.1 billion and the company was roughly valued at $3 billion.

Even after being valued at well over $3 billion, the company continues to grow. Katerra continues to grow its reach by improving upon both – its numbers and partnerships. The multi-trillion dollar construction industry is one the world’s largest and Katerra being one of the technology-enabled construction wants to optimize everything from building design and materials supply to construction.

The company also thrives on a culture of Respect, Value, Diversity and Trust. Further, the company offers borderless opportunities for its employees with locations all over the globe. The Katerra team has become a high-performing team which is comfortable with working with different cultures, modes of communication and collaboration tools.

Mr. Marks is the founding partner of Riverwood Capital which is a Menlo-Park-based private equity firm. Before Riverwood Capital, he was at KKR at the capacity of a partner and senior advisor. He was also the CEO and then the chairman of Flextronics International Ltd. He was also the interim CEO of Tesla. Currently, he is the director of The Melt, Enjoy, H20.ai, and Berkeley Lights.

He earned his MBA from the Harvard Business School.

Katerra launched an apprenticeship program in June 2019 to provide the necessary training and skills for the future of construction. The Katerra Apprenticeship Program has been designed to give 144 hours of technical instruction per year and 2,000 hours of on the job training. The program is accredited through the National Center for Construction Education and Research (NCCER).

The program offers a series of week-long boot camps at Katerra’s factories for technical instructions. These boot camps are in English and Spanish.

“A technology company at heart, we’re applying tested systems approaches from other industries to design and construction.”