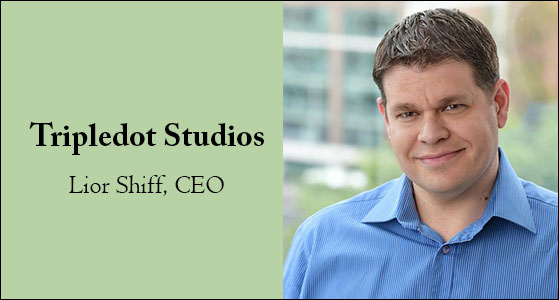 Mobile gaming has become the driving force behind the rapid growth of the global video gaming market. In 2022, smartphone games accounted for 45% of video gaming revenue globally, and as mobile penetration rates and smartphone usage continue to accelerate on a global scale, mobile games revenue is on track to surpass the $100 billion mark by 2023.

Unsurprisingly, this mobile revolution is also significantly transforming the gaming landscape in the United States, one of the world’s largest video game markets. In 2022, mobile games revenue in the US reached a record $41.7 billion, and thanks to a wave of digital innovation, technological advancements, and nationwide lockdowns amid the COVID-19 pandemic, the number of US mobile video game users is now higher than ever.

Tripledot Studios is one of the best mobile game studios in the world, developing games that are played by millions of people globally. Tripledot is a new and fast-growing mobile video games studio based in London and Minsk. Founded by seasoned industry veterans from Facebook, King, and Product Madness, their goal is to create casual games of the highest quality for everyone to enjoy.

Tripledot was founded back in 2017 when three friends Akin Babayigit, Eyal Chameides, and Lior Shiff decided to join forces and create a new kind of games studio. Bringing together their collective experience in game creation and company-building, the goal was to create fun, successful mobile video games for everyday gamers. Since then, they have built Tripledot Studios on foundations of hard work, empowering people, and data, the firm continues to grow its world-class team of the best and brightest who share a passion for crafting video games for everyone.

TIrpledot’s mission is to bring the experience and knowledge of a chart-topping mobile games firm into a collaborative, close-knit environment. The studio's teams drive projects together from conception to launch in an indie-style process combining data and creativity to produce games that can be enjoyed by everyone. The firm is guided by the belief that when they love what they do, what they do will be loved by others. Together, Tripledot creates games it knows its players will enjoy, from easy-to-pick-up casual games to ground-breaking and innovative ones.

The Apollo program—the team at Tripledot

The Tripledot team is made up of exceptional people with experience at some of the biggest firms in gaming. The team is serial creators, constantly working on one pet project or another, and collaborating closely to bring those projects to life. At Tripledot Studios, the team is building the Apollo program of games, finding the best of the best, and empowering them to do what they do best. According to the founders, that’s the only way you reach the stars.

The wide variety of games at Tripledot Studios

Block puzzles meet sudoku in Tripledot’s addictive, chart-topping, and brain-training game which is easy to pick up—but difficult to master. In Woodoku, players need to clear columns, rows, or squares to clear the board and earn points. Players are encouraged to beat their top scores in the classic mode or participate in the weekly journeys to earn medals and gems. Tripledot Woodoku is currently available on iOS and Android.

The studio’s take on this timeless classic video game with a few surprise twists for new platforms. Tripledot’s vision for the game was to create the best-in-class Solitaire game for all players while keeping the game smooth, intuitive, and beautifully designed. Tripledot’s Solitaire is currently available on iOS and Android.

Over the last few years, Tripledot has assembled a portfolio of game titles that delight nearly 35 million players every day. From PuzzleTime, a unique collection of mind-bending puzzles to WordHop, a tenderly hand-crafted word game in 8 different languages. The studio also loves bringing its distinctive flavor to classic games such as Blackjack, Sudoku, and many more.

What’s in store for the future

Building on its past success and learning from its mistakes, Tripledot Studios is hard at work on some of the most ambitious and exciting games that it has ever created. Some are slated to be released sooner than others but needless to say, the studio can’t wait to share them all with its players.

Lior Shiff is the Chief Executive Officer at Tripledot Studios. Lior is an experienced CEO, entrepreneur, and investor. Before Tripledot, he co-founded and ran Product Madness, which was sold to Aristocrat Leisure and is one of the largest social gaming companies in the world.

Lior holds an MBA from Stanford University and a BA in Computer Science, Accounting, and an additional BA in Psychology.

“Welcome to a new kind of mobile games studio.”