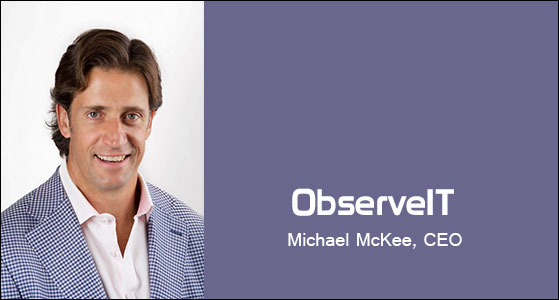 Security professionals have a unique responsibility to detect, counter and respond to cyber attacks. This job becomes increasingly more challenging when threats come from within the organization from trusted and authorized users. Insider breaches are among the costliest and hardest to detect of all data breaches.  Around 90% of organizations feel vulnerable to insider attacks.

The challenge, however, is to determine if the attacks were intentional or accidental. But, it becomes a worry of the past with ObserveIT’s solution in place. With ObserveIT you’ll get a full 360-degree view of what users are doing with your data. Its comprehensive insider threat management solution helps your organization swiftly identify and eliminate risks.

ObserveIT is a 2006-established Insider Threat Management software company headquartered in Boston. With more than 1,800 customers across all major verticals, “ObserveIT is the only insider threat management solution that empowers security teams to detect insider threats, streamline the investigation process, and prevent data exfiltration.”

ObserveIT helps organizations identify and eliminate insider threat with user behavior monitoring and analytics. It even cuts investigation time from days to minutes and offers full playback of security incidents to improve response times and simplify compliance. With the ability to rapidly deploy ObserveIT monitors all user activity, flags insider threat indicators, and then provides the analytics and forensics focused on user actions so you can appropriately respond. By leveraging a large insider threat library of common threat scenarios the ObserveIT dashboard can provide an overarching view of any indicators flagged within your user base.

ObserveIT was recognized by numerous organizations for their progress and achievements. It was awarded Bronze in the 2018 Stevie Awards for Endpoint Security Management, by American Business Awards. The company was honored a ‘Leader’ and ‘Cutting Edge’ in Insider Threat Detection during this year’s InfoSec Awards and Cyber Defense Global Awards respectively. ObserveIT was also named among Boston Business Journal’s Best Places to Work. The most recent addition to the list is that it has been named an ASTORS Platinum Winner and "Best IT Threat Intelligence Solution," by American Security Today.

“Your biggest asset is your biggest risk” – Defending against external hackers and criminal groups turns out to be a major cybersecurity spend for organizations. But, even larger threat that they often overlook are their trusted employees and vendors with access to internal key systems and data required to perform their jobs. The greatest cybersecurity threat an organization faces is no longer the malicious outsider trying to get in from beyond network firewalls, but, it is the insiders!

ObserveIT monitors and audits all actions taken by employees on a company’s systems to protect data and reduce risk. Security teams use this data to rapidly detect potential insider threats. User activity monitoring data can be captured on UNIX/Linux, Windows, and Mac endpoints for both employees and third-party contractors. When a potential insider threat incident is detected, it needs to be investigated to take quick action. ObserveIT is the tool cybersecurity teams turn to first for insider threat investigations, with easy-to-read, comprehensive timeline of collected user activity data – all delivered in one place. Data is a core strategic asset. And hence, to know how to prevent an incident from occurring is no longer a luxury, but a necessity. ObserveIT empowers teams to block out-of-policy activity (including forced logouts) and provide interactive prompts and policy reminders to coach users in cybersecurity best-practices.

"Our People, Our Customers Success, and Winning - Our Goals in that Order,” wrote an employee of ObserveIT. “It is a fun and fast-growing startup company with awesome leadership in place”, wrote another.  According to them, ObserveIT has taken the Insider Threat Management by storm. It has emerged a market leader and its software solving the undoable – “challenges that no other solution was able to solve. “ That said, the greatest Pro for the company, however, is “the people”, says it's employees. “ObserveIT is hyper-focused on its people, their development, their goal (over its achievement), and their voice as a valued stakeholder.” The next Pro is its customers and their continued support. Mark Sutton, Vice President and Chief Information Security Officer of Bain Capital says “ObserveIT provides huge value to me and my team; it’s unmatched with any other tools I have.” While pushing ‘winning’ to the last, ObserveIT has always focused on building a culture that lives its values – those that contribute to greater employee and customer satisfaction.

Also the Director at ObserveIT, Mike brings 20+ years of cross-functional, global experience in technology to ObserveIT. Prior to ObserveIT, Mike led the award-winning Global Services and Customer Success organizations at Rapid7. He also served as Senior Vice President CAD Operations and Strategy at PTC, and Chief Financial Officer at HighWired.com. Additionally, he held Analyst roles at Broadview Associates, McKinsey & Company, and Goldman Sachs.

“ObserveIT’s insider threat management solution provides organizations with “eyes on the endpoint” and the ability to continuously monitor user behavior.”

“We are a values-driven organization, and we strive to offer a fun, positive, and challenging environment for all employees.”