Our technologies is the world leader in software-only storage performance solutions: Condusiv<sup>Â®</sup> 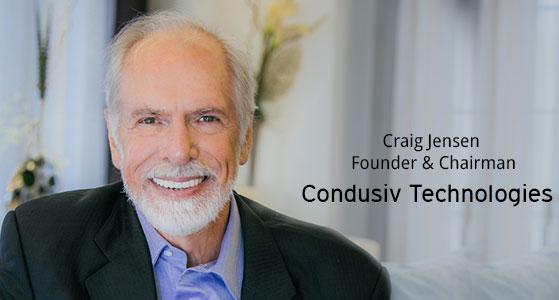 Our technologies is the world leader in software-only storage performance solutions: CondusivÂ®

Software-Defined Storage (SDS) is one of the trending topics in the IT industry. This technology has significant benefits over the traditional storage system designs. These advantages translate into substantial benefits that arguably have driven the interest in SDS products to begin with. But not all products labeled as “software-defined” come with all those benefits. For users it’s important to understand what they’re trying to get from SDS and which solutions can deliver it.

The company’s solutions are utilized by 90% of the Fortune 1000 and almost three-quarters of the Forbes Global 100 to increase business productivity and reduce datacenter costs while extending the life of existing hardware.

Products and solutions for you

I/O reduction software ensures to solve the most difficult performance problems in a virtual environment.

It is difficult to handle the frustration of a Windows® system becoming irritant and slow. The longer it is used the burden it is for you with excess data and software. Condusiv’s Diskeeper® 18 with DRAM caching assures large, clean contiguous writes from Windows in real-time so fragmentation is no longer an issue for HDDs or SSDs.

This extinguishes the “death by a thousand cuts" scenario of small, tiny writes and reads that will steal SSD and HDD performance. Diskeeper 18 commoves Windows system performance to function faster with the addition of dynamic memory caching - using idle, available DRAM to serve hot reads without creating an issue of memory starvation or resource contention.

You will understand the root cause performance issues for I/O intensive applications which will function on physical or virtual servers.

There is trouble with virtual environments on steroids as the I/O streams from disparate virtual machines (VMs) are mixed together and randomized via the “I/O blender” effect before sending out to storage a very random and difficult profile to process.

Windows 7 improvement with the help of Diskeeper

“I was able to deploy Diskeeper with no issues whatsoever, the software is running flawlessly. Installation was very smooth and seamless and I have noticed a marked improvement in overall network performance.”

You can save your money by using Diskeeper

“Diskeeper is always an absolutely essential investment. For the peace of mind I get, not to mention the awesome added bonus of one thing permanently removed from my ‘worry list’, the cost to value ratio is phenomenal. “When it comes to disk fragmentation and all of the associated problems in server performance, Diskeeper is the ONLY solution. Without the slightest exaggeration, I don't even think about the fragmentation state of any disk on any system once Diskeeper is installed. The "Set It and Forget It" functionality is exactly what's promised. This product works as it always does....flawlessly. Diskeeper is definitely a vital tool.”

Meet the braniac: Craig Jensen, Founder and Chairman of the Board

Craig Jensen is an ardent techie since the late 1960s; he authored Diskeeper which is the best selling defragmentation software any time. It secured more than 45 million licenses and a 90% footprint in the Fortune 500.

He has been working in the computer industry since 1969. Mr. Jensen founded Diskeeper Corporation (formerly Executive Software) in 1981 with nothing more than an early personal computer and a box of file folders in his kitchen in Hollywood, California. Releasing his flagship product to an overwhelming public reception, Diskeeper Corporation exploded onto the computer marketplace—ranking on Inc. Magazine's list of the 500 Fastest Growing Privately Held Companies in America for four years in a row and appearing on Software magazine's list of the Top 100 Independent Software Companies in the World.