Petuum: Achieve the Impossible with AI 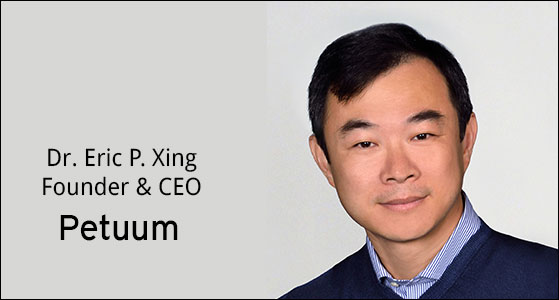 Petuum: Achieve the Impossible with AI

AI is revolutionizing almost every vertical out there today. Everyone sees the potential in artificial intelligence but there certain factors that limit accessibility to this trailblazing technology. AI can be talent intensive, hard on expenses and difficult to emulate. At this point in time, AI is simply unsustainable. But Petuum is changing this.

Founded in 2016, Petuum is the leading AI software platform that is making AI accessible to enterprises across the globe. Not only this, the company has made a significant impact by enabling these companies to be empowered by AI and design their own solutions to boost decision-making and productivity.

The company is one of the biggest shining stars in this space and is also one of the well-funded startups in the world. Petuum has raised a total of $108 million over two rounds of funding from Softbank, Advantech Capital, Tencent Holdings, Oriza Ventures, and Northern Light Venture Capital.

AI is used in highly specialized forms but is highly inaccessible to most organizations across the world. Petuum was founded to bridge this gap. The company came on to the scene to help organizations leverage the power of AI to build their own solutions without having to recruit expensive talent. Petuum has quintessentially transformed AI by enabling organizations to produce or even mass-produce AI solutions at minimal costs.

Enterprises around the world are now able to design, build, experiment, customize, and own their AI solutions for their respective verticals with the help of Petuum’s AI software platform. So far, AI solutions have ranged the industries such as healthcare, financial services, telecommunications, industrial manufacturing, utilities, and autonomous driving. It is quite plausible that in the near future Petuum would have enabled the eventual integration of AI into every industry.

It’s no secret that Robotic Process Automation (RPAs) bots are quickly becoming a rage with businesses. Petuum announced a variety of neurobots in July. These were aimed at providing cutting-edge AI capabilities to RPA. These neurobots automated business tasks through computer vision, natural language processing, speech recognition, and more.

Kaibot- built to understand the human language, it can be used for interactive conversational applications.

Chimebot- speech recognition capability which can be used for various business environments including retail stores, sports venues and airports.

Pixbot- built with computer vision techniques which can identify images.

Commenting on the new neurobots, Dr. Eric Xing said: “We believe AI technology must be accessible to all companies of all sizes across different industries to achieve better business results. Neurobots are a critical part of Petuum’s larger strategy to provide state-of-the-art AI that will transform RPA bots into intelligent agents that are cognitive, able to learn, think, and collaborate (with human and other bots), and therefore realize fully-operationalized business automation.”

A little earlier this year, the Carnegie Science center announced the Carnegie Science Award Winners who were inspiring science and technology innovators across the globe. At the event, the founder and CEO Dr. Eric Xing was recognized as the winner in the “Startup Entrepreneur” category.

At Cemtech’s annual Europe hosted in Berlin, Germany, the International Cement Review (ICR) announced achievements and awards for outstanding individuals, teams and organizations. Here, Petuum with its customer CEMEX was awarded the Project of the Year for Petuum’s implementation of AI at CEMEX plants.

The year gone by had also rained various recognitions on Petuum. This included being recognized by the World Economic Forum as one of the 2018 Technology Pioneers. Also, the company was identified as one of Pittsburgh’s top companies. Petuum was named as the Innovator of the Year for AI/Robotics in the 2018 Tech 50 awards.

A true heavy-weight from the world of Computer Science, Dr. Xing is the founder and CEO of Petuum. He is ranked as the #1 computer science professor worldwide according to csrankings.org. His research interests range from development of ML and statistical methodology, and large-scale computational system and architecture.

-He was awarded the Alfred P. Sloan Research Fellowship in Computer Science

Origin of the name “Petuum”

Petuum gets its name from Perpetuum mobile, a concept from classical music. Eric Xing’s favorite violin piece by Niccolo Paganini and symphonic piece by Johann Strauss II are both Perpetuum mobile compositions.

“Petuum accelerates and simplifies AI solutions so your enterprise can deploy it easily and maintain it effortlessly.”

“Our expertise in tackling the most complex problems helps you find answers to the toughest challenges in the shortest period of time.”