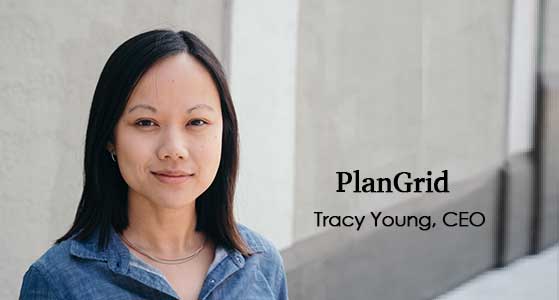 “With PlanGrid, any construction team member can manage and update blueprints, specs, photos, RFIs, field reports, punchlists and other information from any device.”

And it is this underutilization of technology in the construction industry that has led to the invention of PlanGrid. This is the industry where PlanGrid aims to bring a revolutionary change with its simple, powerful construction software. The company’s mobile-first technology offers general contractors, subs, owners and architects and all those part of a construction team, access to real-time information, enables greater collaboration and provides actionable insights. PlanGrid enables any construction team member, from wherever they are, to manage and update blueprints, specs, photos, RFIs, field reports, punchlists and other information from any device. With over 150 million digital blueprints on its cloud-based platform, PlanGrid is also the largest digital blueprint repository in the world.

How it all started

It dates back to the time when Tracy Young was working as a construction project engineer for Rudolph and Sletten. It was during this time that she identified the lack of proper utilization of technology in the construction industry and that it is failing to build good buildings. To solve these problems, Young teamed up with four friends and founded PlanGrid in 2011.

“From plans and specifications to punch lists, documents, and photos, PlanGrid is your single source of truth.”

PlanGrid shares an impressive story where the company called “Air Analysis of Atlanta” (AAI) relied on its products to get some of their major project-related issues resolved. The company faced few unique challenges in the mechanical systems of its new construction project. This is when AAI approached PlanGrid.

PlanGrid enabled AAI to document and communicate its findings in a way that it never did before. AAI’s traditional tracking process included some tedious and cumbersome tasks like taking photos on site, and then going back to the office, trying to remember where the photos were taken, then spending hours trying to format everything in a report.

But by implementing PlanGrid, the company moved away from its traditional tracking process and resorted to a tracking process that generated a report linking photos to physical locations on the plans. AAI received astounding results and the issues got resolved in an efficient and effective way. With the help of PlanGrid, the company saved $15,000 worth of labor costs, witnessed a reduction of 10-20% in project timeline, and generated 7,400% ROI from PlanGrid.

Elated and satisfied with the results, Cx and Business Operations Manager of AAI, Dane Richards said: "I can pretty confidently say that we would have spent 10-20% more time on the project if we had not used [PlanGrid issue tracking] on the project."

PlanGrid offers construction software that includes variety of products which when combined, makes the entire construction task very simple for the team. The products eliminate all manual and paper based tasks thus allowing the members of the team to perform the tasks from their convenient spaces, just by the use of the software. Also, the software enables the effective collaboration of and communication in the entire team. The software works in a sequence of steps which are performed through the various products offered by PlanGrid.

“PlanGrid is the first construction productivity software that allows contractors and owners in commercial, heavy civil and other industries to work and collaborate from anywhere.”

Tracy Young is a Chief Executive Officer and Cofounder at PlanGrid. Young has earned her bachelor’s degree in Engineering from California State Sacramento. Prior to PlanGrid, Young has worked as a construction project engineer for Rudolph and Sletten.