Pluripotent Diagnostics Corporation (PDx): Generating a biological profile for every patient, going beyond the genetics 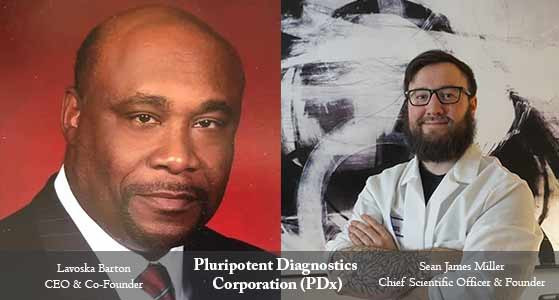 Pluripotent Diagnostics Corporation (PDx): Generating a biological profile for every patient, going beyond the genetics

Neurodegenerative disease is an umbrella term for a range of conditions which primarily affects the neurons in the human brain. Neurodegenerative diseases represent a major threat to human health. These age-dependent disorders are becoming increasingly prevalent, in part because the elderly population has increased in recent years. We introduce you to Pluripotent Diagnostics Corporation which is also called PDx; it completely utilizes many pipelines to generate information from the medical images. This also includes the latest technologies in artificial intelligence, machine learning, deconvolution and pattern recognition. These approaches make way for PDx to make the most of the ability to detect anomalies in its patient images that are not seen by the human naked eye. As many of us know, medical imaging is not always black or white. Therefore, PDx is taking an out of the box interdisciplinary approach. It has longitudinal clinical and biomedical information for each of its patients, allowing us to generate multi-factorial disease diagnostics.

PDx’s clinical and biomedical data are generated and established according to current standards. PDx’s team then proceeds with non-traditional techniques to analyze the data. The biggest obstacle PDx face is within the realms of financing the non-scientific areas of PDx. They have been very fortunate with partnerships with NVIDIA Inception program for AI Startups, Amazon AWS, and Oracle for Startups that is funding their scientific efforts. In order to continue to grow PDx, the team is preparing for a funding round to keep their focuses on the scientific solutions and to always push forward. When it comes to revenue, PDx has filed an international provisional patent for “Methods to Detect Amyotrophic Lateral Sclerosis” and preparing to submit to the U.S. Food and Drug Administration (FDA) for the first in vitro diagnostics (IVD) early detection system for ALS. This provides a large opportunity for investor interests.

PDx’s technologies and platforms are being designed to process the data from a wide range of terminal diseases. The initial steps with Alzheimer’s disease and Amyotrophic Lateral Sclerosis are due to their global burden. After optimization of their pipelines, PDx will be applicable to other diseases, especially those resultant of de novo mutations. PDx is highly interdisciplinary with its areas of expertise and its overall company mission. PDx is an out of the box startup that is taking multi-factorial approaches to generate longitudinal comprehensive patient-specific early disease detection.

The future of PDx is bright with everyday offering another step forward. To be cliché, the sky is the limit for PDx. The global community will benefit greatly from the development of its products that will aid in the creation of solutions to significantly reduce ALS and Alzheimer’s. The wide impact of its technologies and niche market creates paths for PDx to spread to other aging-associated disorders.

A brief background of the executives

Dr. Sean James Miller and Lavoska Barton are the founders of PDx and the primitive drivers of the overall growth in business and research development. Sean has been solely involved in the understanding and treatments of neurodegenerative disorders. Sean performed his prior research at Drexel University, Harvard Medical School, Johns Hopkins School of Medicine, and Stanford School of Medicine. He has received prestigious domestic and international awards for his scientific contributions. Sean was named the “Top 10 Most Influential Leaders in Biotechnology, 2021”. Sean has been cited well over 1,000 times in scientific peer-reviewed journals and continues a very active publishing record. He continues to push the boundaries in biomedical research geared towards patients suffering from aging-related diseases. People may believe Sean has crazy ideas but his scientific accomplishments illustrate his unique comprehension and innovative approaches.

“We go beyond the genetics and medical imaging by generating a complete biological profile for each patient.”