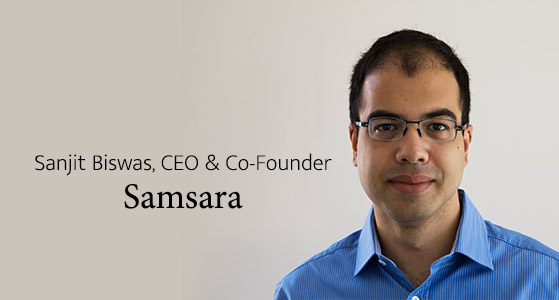 IoT is a major disruptor. The technology is bound to become an integral part of business operations in the near future. Organizations are only now beginning to adapt IoT into their infrastructure as they have started realizing the value of data and how important this data could be to the bottom lines. Samsara, a company based out of San Francisco is helping the companies connect the dots through its Industrial IoT solutions.

LA-based limousine company, ULC Limos, has 100 employees, 50 vehicles, and a service area of over 100 cities. The company serves the party-goers and corporate clients for the special events across Southern California. But its customer base and staff was steadily growing which made it a challenge for the company to ensure that the focus remained on keeping the customer service good and the reviews high.

One of the things that bothered the company was the possibility of the vehicles running out of fuel or breaking down, especially with such a large fleet of vehicles. So, it was important to ensure that the vehicles were in top shape before it went out to chauffeur guests.

Before Samsara, ULC would do these checks manually by going from limo to limo, recording fuel levels and checking engine lights. Then, Brandon Jacobian, CEO of ULC Limos heard about Samsara. And the rest as they say is history.

ULC Limos’ maintenance team installed Samsara VG33 gateways in minutes. This enabled ULC to monitor its fleet operations from a single dashboard. The dashboard could show the team at ULC the fuel levels, battery voltage, engine light status and more. The company now has a new found confidence in its operations. Jacobian says, “I can’t imagine running our business without Samsara.”

Samsara received fresh funding recently as the demand from the customers continues to grow. The company secured $300 million in funding from new investors Tiger Global and Dragoneer. Among the other participants who contributed were existing investors Andreesen Horowitz and General Catalyst. This round of funding brings the total tally of the funding raised to $530 million.

The fresh injection of money will go to the Samsara’s global ambitions. The fresh capital came at the right time for the San Francisco-based company as it recently onboarded its 10,000th customer. The company has over the past year expanded to 10 new countries and its revenue in the meantime has seen a 200% jump. The new capital will help the company develop new products for their growing customer base; expand into new markets, and to grow their team to deliver a great customer experience. The company has been valued at $6.3 billion after the latest round of funding.

Sanjit is a technology pioneer. Before co-founding Samsara, he was the CEO and the Co-Founder of Meraki which is one of the most outstanding networking companies of the past decade. Meraki was the product of Sanjit’s Ph.D research. Meraki sales had doubled every year since its inception. The company was acquired by Cisco in 2012 for $1.2 billion. Meraki continued to grow under Cisco at over 100% which made it one of Cisco’s fastest-growing product lines.

The World Economic Forum recognized him as a Technology Pioneer and the MIT Technology Review declared him as aTR35 honoree. He has received many awards for his academic research in computer networking. He serves on the boards of Highfive Technologies and ThousandEyes.

“Samsara changed the way we think about our routes. With the same number of trucks, we were able to expand our business into new regions.” – Paul Drake, Distribution Manager, Clover Sonoma

“If it weren’t for Samsara, I’d probably have at least four vendors to cover all the things it’s doing for us. From GPS and temperature monitoring to driver safety, fuel savings, and Hours of Service, it just works.” – Jim Hoss, VP of Operations at Cash-Wa Distributing

“Samsara is the leader in Industrial IoT. Our mission is to increase the efficiency, safety, and sustainability of the operations that power our economy.”