Snowflake: Cloud without Borders â€œThe only data warehouse built for the cloud.â€ 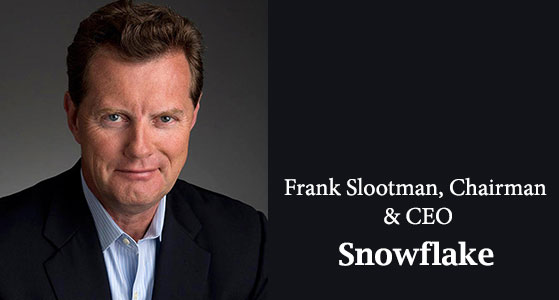 Snowflake: Cloud without Borders â€œThe only data warehouse built for the cloud.â€

A majority of all data-driven organizations make use of the on-premise data warehouse but with increasing limitations like constant sizing and balancing, the performance of companies has been affected by large. These data warehouses can only handle a maximum of 13 concurrent users while analyzing consumer device hardware data and complex queries could take almost 30 minutes to be executed. Also, the user base that is geographically dispersed all over the world adds to the impact on the overall performance.

Most businesses work in a time-sensitive manner and they require real-time insights to match the pace of the competitors and markets. Decision making relies on actionable data and if the performance of these data warehouses is hindered, the decision-making gets prolonged. The data scientists also become exhausted over time by the limitations of the query processing which ultimately affects the business.

That's where cloud comes in with its near-infinite storages that can be scaled up or down easily. Also, the data warehousing management and security is the responsibility of a cloud vendor which is doubles the benefit. But Snowflake has something more to offer in comparison to the traditional data warehouse vendors.

Snowflake built its data warehouse exclusively for the cloud, which means they have a unique architecture which paves way for its outstanding performance, concurrency, and simplicity. According to the company, multiple groups can access petabytes of data at the same time which is almost 200x faster and much more economical than the other available solutions.

To sum it up, Snowflake helps data-driven enterprises with instant elasticity, security and per-second pricing across multiple clouds. Its technology combines the power of data warehousing and provides the flexibility of big data platforms along with cloud elasticity. Snowflake thus ensures that the organizations have a 360-degree solution by building a new SQL data warehouse from the ground up to handle all aspects of data and analytics.

According to a Forrester study: “Organizations struggled to process, store, and access relevant data and were falling behind on analysis due to slow and unstable systems. IT teams were over-worked maintaining the databases and ensuring acceptable performance levels. Organizations were facing large upgrade costs for traditional data warehouses to support growing businesses”.

By implementing Snowflake, organizations have a total ROI of 604% over three years. This is because of the company’s state of the art technology that can’t be matched. Some of the major advantages of Snowflake include “Zero management”, meaning it eliminates the need for administration unlike traditional data warehouses and big data platforms. This is because Snowflake is a true data warehouse-as-a-service running in the cloud with in-built performance. It can handle infrastructure, provide optimization, and security so that users can focus on the data and not management.

Snowflake can also handle diverse data-sets from both traditional sources as well as newer machine-generated sources without slowing down the process. The in-built technology also helps in optimizing both structured and semi-structured data without sacrificing performance, unlike traditional data warehouses. Compared to the conventional on-premise data warehouses and cloud data warehouses, Snowflake processes the queries in a fraction of the time using its advanced optimization techniques like automatic clustering.

Snowflake enables organizations to share data easily because of its multi-tenant architecture that extends the data warehouse to the Data Sharehouse in real-time. This helps the companies to share data within minutes across the business partners without ever having to move it. Snowflake also has a broad ecosystem that can rapidly integrate with custom tools and applications and enable developers who use a variety of tools and languages to access the cloud data warehouse easily.

A world-class nest for employees

Snowflake strives to maintain its world-class standards through both its services as well as through its workplace culture. It provides the employees with an exceptional workplace with a vibrant culture and improved employee engagement.

“I love the Snowflake culture, and I don’t say that lightly. I’ve been highly impressed with the collaboration and support shown across teams. Everyone’s at the top of their game, and we’re all playing on the same team. Snowflake has a doer culture that’s coupled with an ultra-high focus on the customer,” says Greg Czajkowski, Ex-Google employee.

Snowflake’s a value-driven company culture cultivates a feeling of mutual respect and openness among its employees which motivates them to work and grow constantly. The company maintains its stability through hiring and retaining the best talent. Snowflake has been recognized by major companies like Fortune, LinkedIn, and Glassdoor for its strong work ethic and culture. The Inc. Magazine has named Snowflake as the Best Workplace in 2018 which reiterates the brand as a fine habitat for its employees.

Frank Slootman is the Chairman and CEO of Snowflake Inc. He has over 25 years of experience in the enterprise software industry which makes him a veteran in this field. Before joining Snowflake, Slootman served as CEO and President of ServiceNow for more than 6 years and during his time there, he helped the company raise its revenue from $100M to $1.4B through an IPO. Slootman holds undergraduate and graduate degrees in economics from the Netherlands School of Economics, Erasmus University Rotterdam.

“Snowflake’s mission is to enable every organization to be data-driven.”

“Snowflake combines the power of data warehousing, the flexibility of big data platforms and the elasticity of the cloud at a fraction of the cost of traditional solutions.”