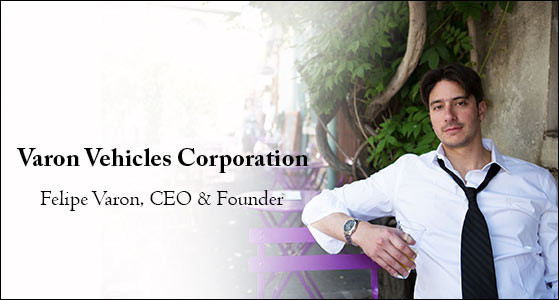 Urban Air Mobility (UAM) sounds futuristic but it is undeniable as it is an innovative and a cost-effective way of transportation. One of the leading players in the UAM segment is US company Varon Vehicles Corporation which is developing confined and controlled transportation systems including vertiports that connect to each other with virtual flying lanes for UAM vertical take-off and landing aircraft. The company is planning to implement its first transportation system network in Latin America, starting in Colombia. Read on for more:

The view on Urban Air Mobility

Varon Vehicles views UAM as infrastructure. It means a network of vertiports connected to each other via city sky virtual lanes with a fleet of air vehicles servicing between them and all the subsystems required for the operation. They see this as infrastructure that allows them to tackle the mobility problem and the city growth problem by providing transportation means without the need to build physical mobility infrastructure like roads, rails or metro systems to alleviate the pressure for city growth.

Varon Vehicles is leading an ecosystem of global urban air mobility stakeholders targeted towards implementing its first transportation system network in Latin America, starting at a chosen location in Colombia. It will consist of 2 to 4 vertiports connected to each other via permanently reserved airspace volumes and a fleet of new generation Vertical Take-Off and Landing air vehicles (VTOL) servicing between them, with all the required subsystems for the operation. They will very probably first service freight and eventually passengers in conjunction with partner Transportation Network Companies (TNC).

Despite being a US company, Varon Vehicles has identified several advantages in implementing first in Latin America instead of in the US or Europe, that allow for faster and lower cost implementation and operation. This is ever more relevant now with impacted global post covid budgets.

While most aerospace industry agrees that an operable maturity level in urban air mobility in the US will be achieved around year 2035 given the complexity of the design approach being undertaken, Varon Vehicles is targeting to have its first operating system in about 5 years in Colombia. Stakeholders in Varon Vehicle’s ecosystem include US and European air vehicle manufacturing companies, subsystems providers, airspace integration systems providers, mobility experts, regulators, investors and urban air mobility experts. The company has taken a conceptually simplistic approach for implementation in Latin America to get UAM operation started sooner and at a radically lower cost to allow knowhow acquisition.

A simplistic approach towards Airspace Integration

The company’s simplistic concept approach has to do mostly with a simplistic view for airspace integration to get implementation started. In other words, building simple, low altitude paths connecting the company’s vertiports over the city sky.

This view, which is being worked with the Colombian Civil Aviation Authority, calls for permanently reserved airspace volumes linking vertiports, to keep all other aircraft and drones away from UAM air vehicles for safety. These airspace volumes are intended to be kept within uncontrolled airspace, which means very low altitudes, around 500ft above ground. Within those airspace volumes, fixed virtual lanes are defined and predetermined with appropriate buffer zones to separate and allow for safe orchestration of air vehicle traffic servicing between vertiports.

Skyscraper is Varon Vehicle’s Virtual Summit and it will be held on November 18, 19 and 20 of 2020. During Skyscraper the company will exhibit the current status of development in the very exciting areas of work being carried out.

During the previous months to Skyscraper, the company has launched its Think Tanks which are a series of short virtual sessions starting August 2020 to hold conversations with global UAM stakeholders around the different subjects pertaining UAM in Latin America to push forward implementation of its first infrastructure network. Anybody can register to attend, find more information and the links to register here www.varonvehicles.com/skyscraper.

Subjects discussed in the Think Tanks

The 2020 Think Tanks will be discussions about the main subjects pertaining to the conceptual design of the Varon Vehicles Infrastructure Networks. This includes discussions about the value of Latin America for the global Urban Air Mobility industry and stakeholders, the specific requirements for air vehicles, the company’s vertiports design and operation, and airspace integration architecture and regulations. They will also dive into other subjects they are working on like community acceptance and public adoption, urban implementation, integration to other modes of transportation, micro weather and insurance.

He has over 18 years of experience in leading edge military technologies. He is deeply involved with military and civilian Unmanned Aerial Systems. Was an early developer of drone technology. He has done his graduate studies in Finances, Contracting Law, Entrepreneurship and Innovation in several universities including Harvard and MIT. He founded Varon Vehicles Corporation in 2017.

“We’re developing a simplistic concept for aeronautical implementation that aims to overcome barriers faster and at less cost, while increasing public acceptance.”