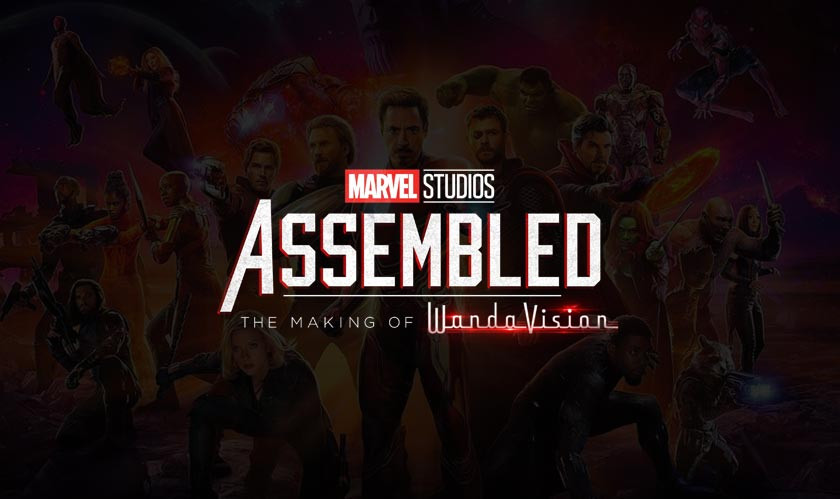 Marvel Studios has announced the release date of ASSEMBLED. The new comprehensive documentary series of specials goes behind-the-scenes of the shows and movies of the MCU, following the filmmakers, cast and crew, and Marvel heroes every step of the way.ASSEMBLED will take viewers through productions such as WandaVision, The Falcon and The Winter Soldier, and Loki exclusively on-set footage.

The filmmakers and stars like Scarlett Johansson and Jeremy Renner willtalk about the genesis of the Black Widow film, and the Hawkeye series.Arriving on the streaming service shortly after theatrical releases and series completions, ASSEMBLED is an immersive and in-depth examination of the next phase of the Marvel Cinematic Universe, and it is said to be aired soon on Disney+.

The first episode of ASSEMBLED will focus on the critically acclaimed WandaVision. Elizabeth Olsen, Paul Bettany, and its creative team will pulls back the curtain and shed light on this highly groundbreaking series. ASSEMBLED: The Making of WandaVision will be premiering on March 12. It will be an all-encompassing look at Marvel Studios’ first, and arguably most unusual on the streaming series platform.