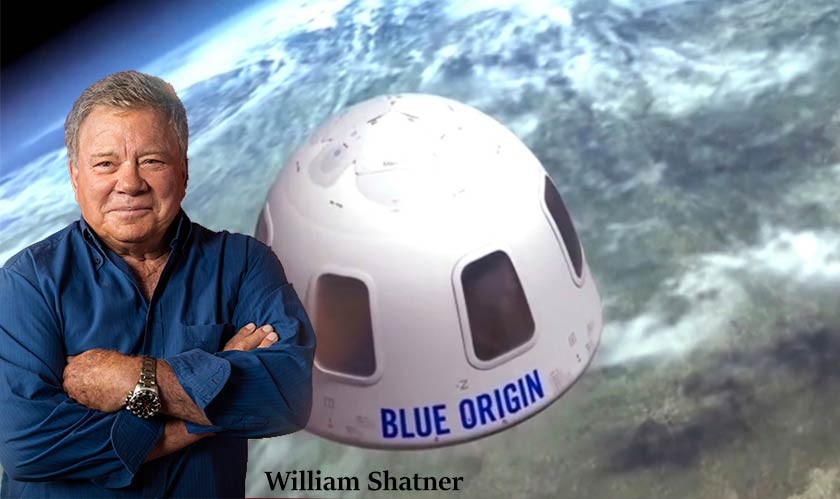 Blue Origin announced that veteran actor William Shatner would fly on the company's New Shepard launch vehicle to the edge of space on October 12.

Jeff Bezos-owned Blue Origin confirmed William Shatner would fly to space on the its New Shepard launch vehicle to the suborbital space as part of a four-person crew set to launch on October 12. Shatner will become the oldest person to embark on a space mission at the age of 90. He will take the record from 82-year-old aviation pioneer Wally Funk, a passenger on New Shepard's last flight in June. Shatner starred as Captain James T. Kirk in the original 'Star Trek' series,

Shatner will be joined by Blue Origin's vice president of mission and flight operations, Audrey Powers, on the flight. Blue Origin earlier announced Chris Boshuizen, co-founder of Planet Labs, and Glen de Vries, the co-founder of Medidata, will be the two other passengers of the four-person crew. It will be the second of three launches Blue Origin has planned for this year.

Shatner, in a statement, said that he had heard about space for a long time now and now will be taking the opportunity to see space.