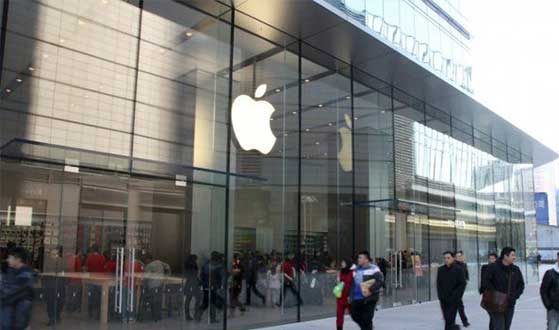 A saying as â€œIf there is no risk, there is no rewardâ€ seems to be taken quite seriously by the Apple owners. Apple has always been fighting for its patented smartphones. And itâ€™s hardly any news for the company as well as for its customers because it has made a straight record of conquering cases in the court. Cheers! to that as Apple maintains its record clean by winning a patent battle in a Beijing court against a not-so-well-to-do Chinese company.

Seems Shenzhen Baili, a Chinese origin company has claimed that the iphone 6 and 6 plus models were a copy of their 100C smartphones. According to researchers, during its report filing, Shenzhen Baili â€œbarely existedâ€ and even its product 100C smartphones were impossible to locate in the market even. Yet it has handed an injunction, and asked the iphone manufacturers to discontinue selling their iphone 6 and 6 plus in the Beijing market. This whole â€˜tear-jerkerâ€™ was making waves in china when Apple was ready with its iphone 7. It seems the Chinese company was looking for a perfect time to hamper the iphone market during its peak time with iphone 7.

Apple, no stranger to patent battles, without wasting any minute filed an administrative appeal and was permitted to sell the phones in Beijing until further review was out by the court. Even the injunction was hardly noticed out in the market and anyway, Apple was already switching to the much talked about iphone 7 at the time when the show began. After the Friday decision came in flying colors in favor of Apple, Shenzhen Bailiâ€™s legal team has commented that they have planned to appeal further, though Apple has not come out of the shadow after the courtâ€™s verdict.

Apple has previously lost its market share to upcoming devices- Xiaomi, Oppo and Vivo. However, if reminded, Apple has the most profitable player in the market. As a report says, â€œâ€œIn 2016, Apple captured an incredible 79% of global smartphone industry profits with just 14.5% market share.â€

But, Allâ€™s well that ends well! As it seems the China court will not be bias always when two companiesâ€™ clashes over products, ruling shall not be favoring only the hometown businesses like it supposedly used to do years back.