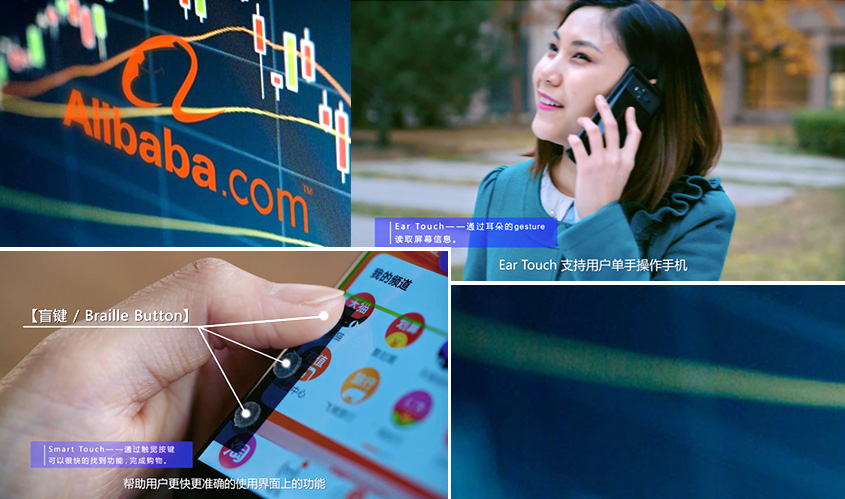 Chinese tech giant Alibaba introduces a new smart screen to help the visually impaired to shop with less or no assistance at all.

Alibaba in union with China’s prestigious Tsinghua University has developed a cheap silicone sheet, called Smart Touch, which goes on top of smartphone screens. There are three sensory-enabled buttons on each side of the sheet; pressing those triggers certain commands, probably like “go back” or “confirm.” These button shortcuts eliminate the risk of mis-clicking or the need for complex interactions with the screen as a result.

“It’s much easier to shop with the sheet on,” said Li. Li Mengqi is one among the first one hundred visually impaired or blind users to trail the technology on Alibaba’s online store. The Smart Touch screen is powered by the same technology used in voice control mobile devices, the Human-Computer Interaction (HCI).

“We thought, human-machine interaction can’t just be for sighted people,” told Chen Zhao, Research Director at DAMO Academy. “Besides voice, touch is also very important to the blind, so we decided to develop a touch feature.” DAMO Academy is Alibaba’s $15 billion R&D initiative to improve the smartphone experience for the blind.

Smart Touch is also useful when answering calls, listening to texts, because, it also works when users hold their phone up to their ears. Alibaba claims that the trials, thus far, has shown a 50 percent reduction in time normally taken to receive calls and do online shopping.