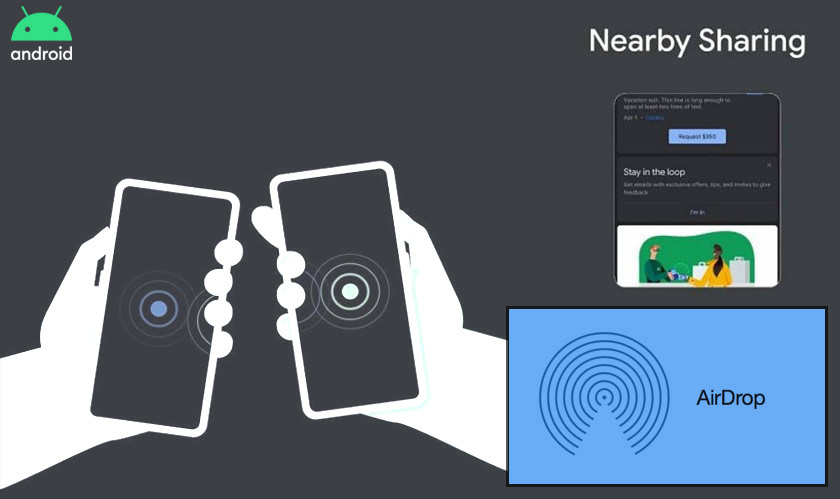 Android copying things from Apple is not news as there are several features that it has copied over time. But there’s something the Android users have always wished they had it in their Android mobile and that is AirDrop, Apple’s file-sharing feature which is very basic but quite useful. And that may finally arrive in android under the name “Nearby Sharing.”

Over the years, Android has tried several file-sharing facilities like NFC that required devices to be touching each other, but it had difficulty sharing large files because users would have to keep holding their phones until the file transfer is done which could take a while. The truth is none of these features stuck and Google has been trying for a user-friendly app.

Google had planned to retire NFC last year but that didn’t quite happen before the Android 10 rollout and back in June last year, a feature called Fast sharing was revealed by the company but it never saw the light of day. Reports reveal that the feature may roll out in the latest Android version under a different name.

According to XDA, a wireless file sharing feature called “Nearby Sharing” would be out with all the functionalities of AirDrop. It uses Bluetooth to establish a connection and then switches to ad hoc WiFi Direct to transfer the files.