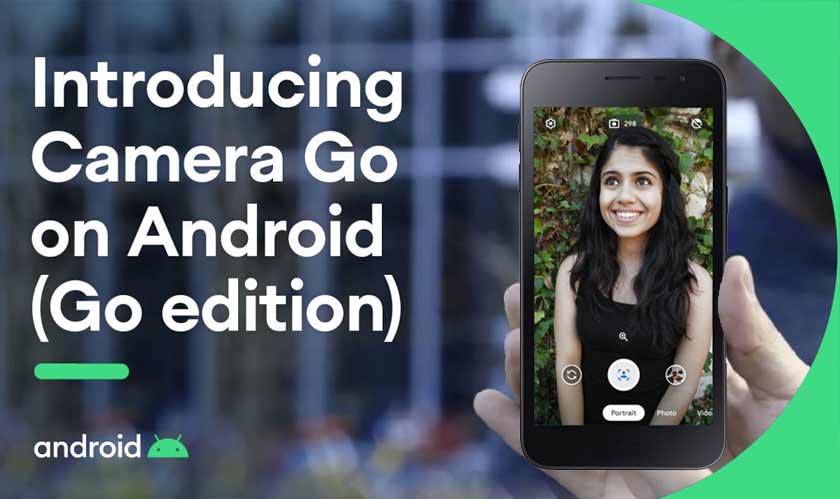 With the major focus on designing and developing high-end mobile phones today, the fact that there is a section of people who lack access and look for affordable options as an alternative to the expensive phones often slips our minds.

Interestingly, Google has created a “Go” version of all basic apps like Gmail, YouTube, and other key services. And now the camera app, Camera Go, joins the list. The new Camera Go app has a simple and clutter-free interface, as it’s designed keeping in mind the first-time smartphone users.

Also, the users need not worry about storage with Camera Go, as the app will track and update the user with the photo or video storage space left and also suggest ways to clear space.

About the new camera app, a lead product manager for Android, Arpit Midha said: “Camera Go is deeply integrated into the phone’s operating system, and is not just photo filtering on top.”

Google has even integrated a Portrait Mode into the new Camera Go app to create a depth-of-field effect in photos. About the feature, Midha said: “That’s a first in this class of devices. It democratizes photography for the entry-level.”