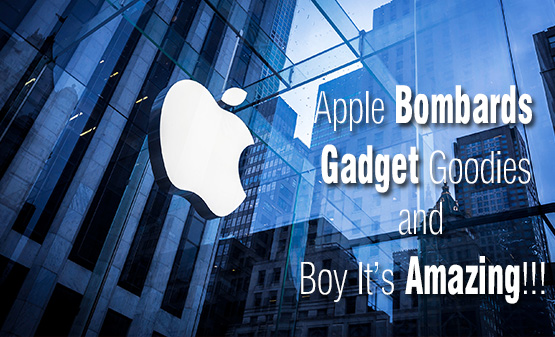 Hold your breath fellas, you surely gonna love Apple more now (like we ever loved it any less). If you’re pondering what’s the fuss all about?  Well the news is legend- wait-for-it dary!!

Apple introduced a cheaper, 9.7-inch iPad costing $329, a price below similar devices from Samsung, Lenovo, and Microsoft. That’s not all Apple also launched red iPhone 7 and 7 Plus. Yes, glossy, gleaming, bright red. The case is red even the buttons, but not the Apple logo (sorry). The new red iPhone looks so incredible; it’s totally worth drooling for.

Hang on; Apple still has a few tricks up its sleeve.

The tech giant unveiled an iPhone SE with larger storage capacities of 32GB and 128GB of storage space, doubling the capacity of the 16GB and 64GB SE models that was released one year ago .The prices remain the same as last year’s launch prices: $399 and $499, as well as the other features. These new Models will be available from March 24th.

So go on folks, choose your pick of the litter or take the whole damn litter!