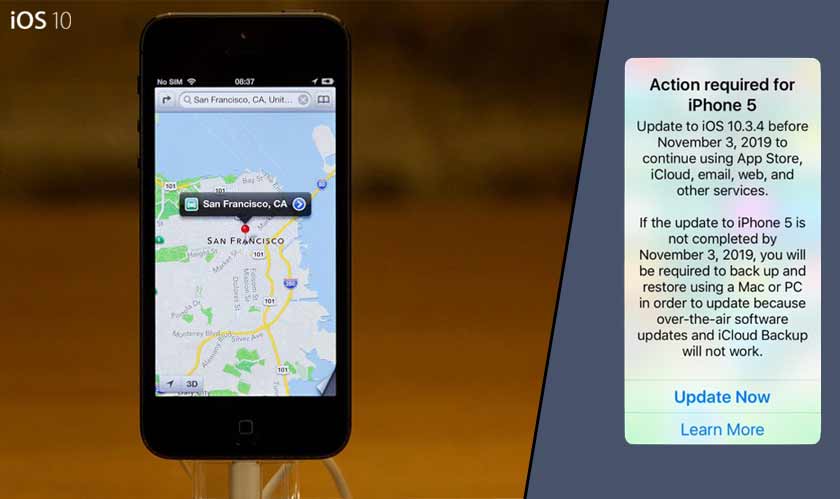 Apple products have always been appreciated as they have adopted to the latest OS swiftly and Android is still developing its adoption technology.

But many Apple users don’t always avail the updates because of storage issues but an unusual issue has led the company to force an update on its iPhone 5 users. The company has asked the iPhone 5 users to update to iOS 10.3.4 before November 3rd or risk losing internet in their mobiles.

The ultimatum by the company is actually because of GPS. The Global Positioning System had its “week number rollover” last April- what this means is - its time-keeping component turned back to Week Zero. This issue meant that any service or app that used GPS for keeping time and not just location would get affected.

In the past week, Apple had announced that a second Week Number Rollover was going to happen on November 3rd, 12:00 AM UTC. This latest issue will only be affecting models introduced in 2012 like the iPhone 5 and the older models.

Apple has warned the users by clearly stating what will happen if they don’t update their iPhones. The GPS issue isn’t just connected to using GPS. Failing to avail the update may lead to problems like losing access to the App Store, iCloud, e-mail or even the Web.