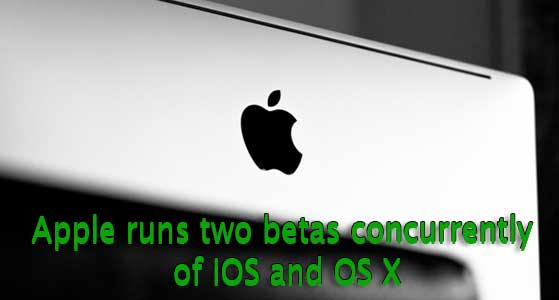 Apple took the unusual step of simultaneously providing developers and the general public with previews of two different editions of both iOS and OS X. the company seeded developers with the first betas of iOS 9.3 and OS X 10.11.4, by releasing the same builds to the testers who had previously registered with the company's public preview program.

Handing out previews to developers and the public is nothing new for Apple: It's offered betas of upcoming updates and upgrades to developers for ages, and to non-developers since mid-2014, when it debuted a public preview for OS X 10.9, aka Mavericks.

It's unclear that whether the move foreshadowed a faster development-and-release tempo by Apple or was more about promoting the newer of the two versions, especially iOS 9.3, which the Cupertino, Calif. company has touted more aggressively than typical "point updates," or those that increment the number after the decimal point.

Apple will certainly release iOS 9.2.1 and OS X 10.11.3 before their followers, but the arrival of iOS 9.3 and OS X 10.11.4 may also indicate final code for the predecessors is imminent