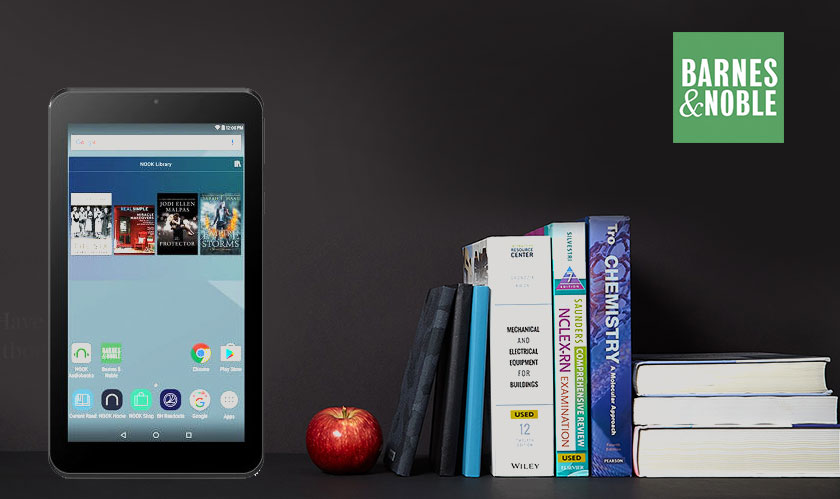 Apart from the striking display, the mobile tablet also comes with an expandable storage up to 32GB. The battery life extends up to 8 and a half hours and charges over a micro USB 2.0 port. The device still has a headphone jack, unlike other devices completely eliminating the jack. The tablet also comes with front and rear facing cameras, both at 2 megapixels.

The Nook 10.1 is designed more than just for reading. With an Android OS with a Google Play Store (unlike Amazon’s Kindle), you can do everything that you do with a tablet, with an added bonus of Barnes & Noble brand! For all these perks, this tablet is quite cheap. In the era of cut-throat competition between tech giants, Barnes & Noble’s humble tablet with all the perks is clearly a winner!