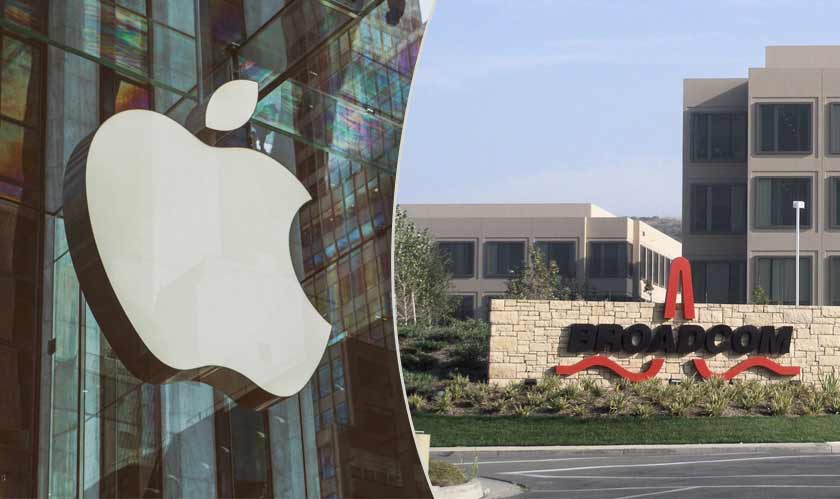 The shares of Broadcom rose by 3% in extended trading as the news hit the online tabloids that it will be selling more wireless components to the iPhone maker, Apple. The leading chipmaker based out of San Jose, California said that it has signed deals with Apple to supply it with wireless components and modules.

The SEC filing revealed that the chipmaker will sell around $15 billion worth of wireless components to the premium mobile maker according to the agreements signed. The filing further said that the agreements were signed to supply the components for Apple devices which will release over the next three and a half years.

Broadcom signed two multi-year agreements with Apple for the supply of its products. Although it is unclear as to which components the former will be supplying the latter with.

Broadcom is already a supplier for Apple and supplies several components including radio frequency chips. These chips play an instrumental role in enabling Apple devices to connect to wireless networks.