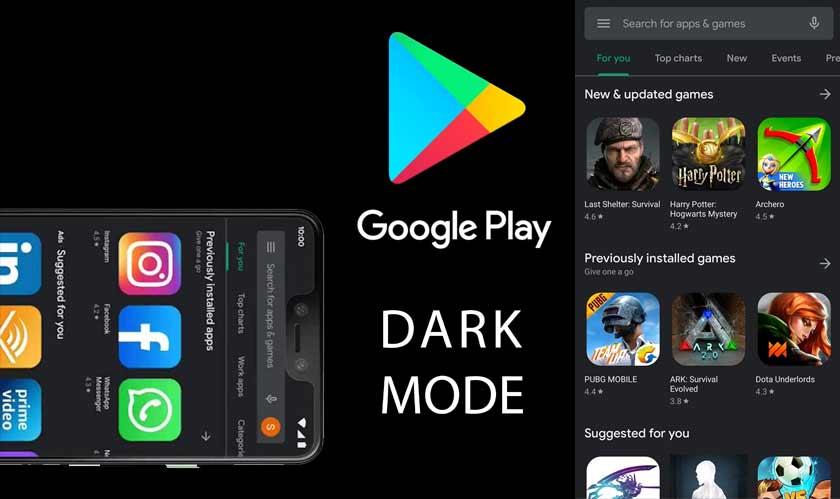 While Android 10 brings in support for system-wide dark mode by default, Google still is trying hard to implement a dark mode toggle into its standalone apps. The last one being the Google Play Store. YouTube and Calendar apps were one of the earliest to get dark mode a year back.

Now, Google has officially announced on twitter, its dark mode support for the Play Store is rolling out to the users. The update is scheduled in phased manner, so users will get to see in a few days from now. The users don’t have to do anything, the app will get updated in the background automatically. There is still no notification or indication that it has arrived on one’s phone. It can be only checked manually in the Play Store settings options.

Once the update is pushedout, users will be able to manually toggle and switch the theme to light, dark or system default. When the setting is kept as the system default, the theme switches dynamically with the system-wide mode starting from Android 10. Support for in-app dark mode is still included in Android 9.

Interestingly, before the rollout, the Play Store could still be set in dark mode via system-wide dark mode setting in Android 10. But this didn’t let users set a default theme for the Play Store.