Facebook's â€˜Clear History Tool' is here for all 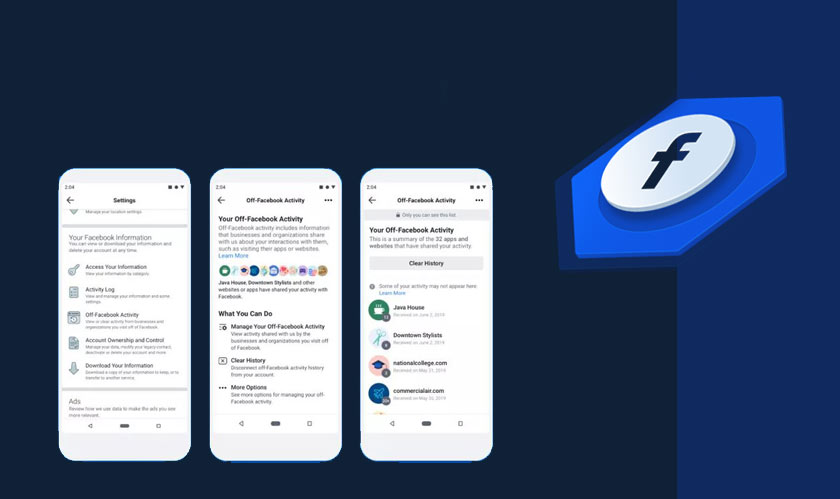 The social network giant, Facebook has recently made it's 'Clear History Tool’ available to all its users. The tool has been made officially available worldwide nearly two years after Facebook announced it at the company’s annual F8 developer conference in 2018.

The tool gives the users an insight into all the interactions taking place between third party websites and Facebook. This tool is part of a section in settings called “Off-Facebook Activity”. It is called Off-Facebook because the user can see such interactions even without the direct use of Facebook.

Off-Facebook Activity is all about the user activity and their interaction with third-party websites. Such interactions provide information to Facebook about a user’s likes and interests based on which they display ads on their platform.

Such a constant display of ads may annoy the user and may also damage their experience of using Facebook. So, this tool comes as a big relief to users who can now get rid of ads just by clearing off history.

Apart from clearing history, the new section includes options for users to view their information by category, download the information, and select the way of managing Off-Facebook Activity in the future.

About the new tool, Facebook founder Mark Zuckerberg wrote: “Off-Facebook Activity marks a new level of transparency and control. We’ve been working on this for a while because we had to rebuild some of our systems to make this possible.”