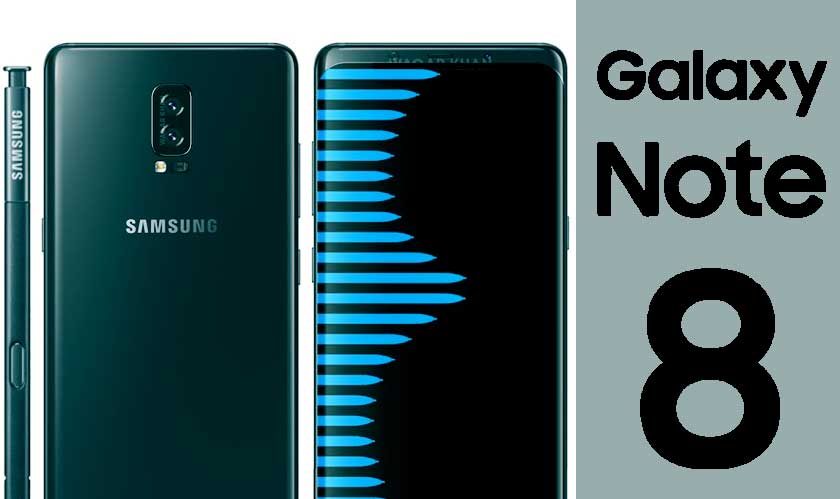 It’s just a couple of weeks left till Samsung launches Galaxy Note 8. But there’s already a leaked image circulating and was even posted on Twitter. The leaked images come from Evan Blass as the primary source. By looking at the image, one can get a crisp image that the new Note 8 is indeed a monstrous smartphone.

The actual unveiling of the smartphone is going to be held on August 23, a couple of weeks away. The invitation to the New York City launch read Do Bigger Things. However, the images that are circulating already give us hints on what to expect from Samsung. Although the exact specs aren’t known yet, one can decipher few of these things.

First off, Samsung has a hold of infinity display technology, giving it a large frame and makes the screen look even bigger. Next thing that we can understand is the dual camera and dual flash array on the reverse. There is a fingerprint scanner to unlock the phone. And it is situated at the back, next to the camera. This design makes it similar to Galaxy S8. There is also another similarity with Galaxy S8. The Bixby button is place on the right side, just like S8.

Interestingly, the Galaxy Note 8 is the largest Note released yet. It looks like there is even a battle of screens with every company trying to bring out larger and flawless screens. Big brands like Apple, LG and Huawei are pitching in new technologies to design full screen displays.

Hopefully, this smartphone will not have any serious issues with its batteries. The least one can hope is that they don’t explode, after considering what happened to Galaxy Note 7. That was indeed a major pull back on the Samsung brand. But if Samsung can pull off Galaxy Note 8, it can win customers and secure its phablet market.