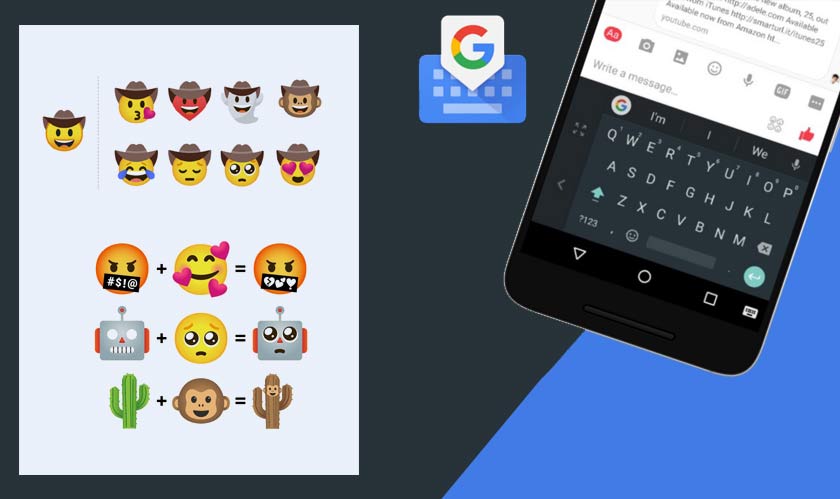 Google brings out the latest iteration of the Gboard Beta app for Android with a new concept in the emoji section. At first glance, they look like emoji images but they’re stickers.

Interestingly, since they are not emoji, they don’t need to be cross-compatible to appear and since they are stickers, everyone who can see images in any app can see these new emoji stickers. This applies to all chatrooms, messaging apps and more.

Google Keyboard has access to the Emoji Kitchen and with this new system, mobile users can simply tap on any emoji and a wide variety of emojis will start to appear.  The new system is called Emoji Kitchen by Google because it works with “recipes” of expressions behind the scene.  Once an emoji is selected by the user, the system offers more than just color variations of the emoji, the user also gets several smart suggestions.

In order to use Emoji Kitchen, you will have to join the Gboard Beta system. But Google has released the Beta on the Latin version of the test board. Once you have your hands on the beta version of Gboard, you’ll be able to try it out in several apps like Gmail, Messages by Google, Snapchat, etc.