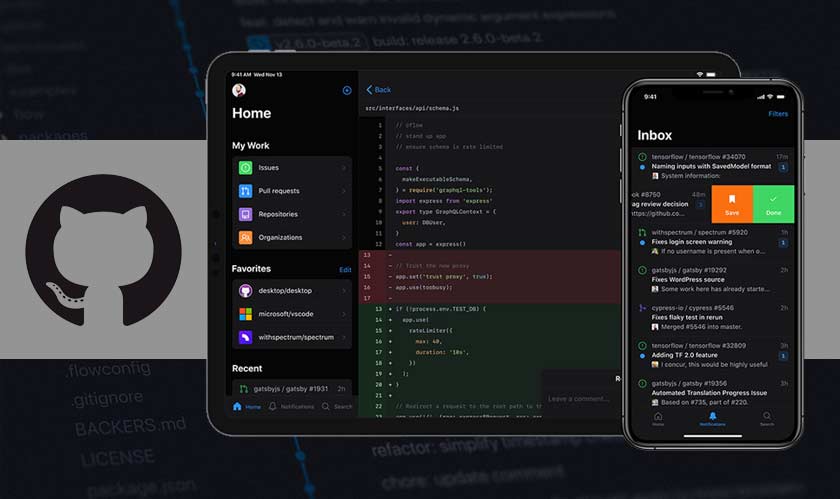 There is a lot to be done on GitHub and it’s surprising that the largest repository of open source software did not have a mobile app until now. This is about to change now as the company has announced its mobile app.

GitHub is launching a mobile app for iOS and Android users. The app will help you stay in touch with your team even when you are nowhere close to a laptop. The mobile app will let you do a number of things including sharing feedback and reviewing lines of code in a native environment. It will also help the developers answer user queries, read bug reports, and assign issues to other developers. The native app adapts to every screen size and also comes in dark mode. The native app was announced at the GitHub Universe event which was held in San Francisco. The mobile app is currently available for the iOS users in beta and is coming soon for Android.

GitHub also made some other exciting announcements. GitHub Actions and Packages are no more in beta. The notifications experience has also been redesigned by the Microsoft-owned company.