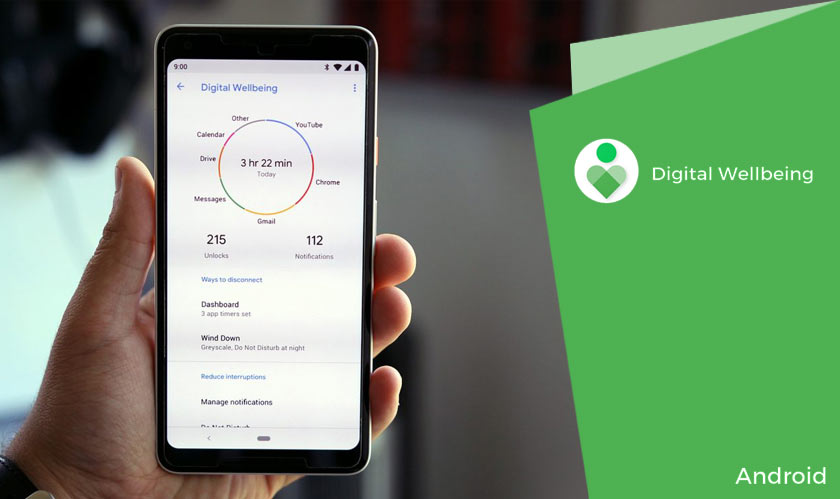 Google is experimenting with new apps for Android designed solely to improve users’ life. Out of the three apps that are releasing two of them come under the company’s Digital Wellbeing initiative, offering new ways for mobile owners to better optimize their Android usage.

The third app doesn’t fall into the same category but offers somewhat similar end-results by helping users reduce the stimulation to constantly use the phone. ‘Android Police’ first reported these rollouts; Envelope, Screen Stopwatch and Activity Bubbles. As of now ‘Envelope’ is currently limited to Pixel 3a phone models – the app can be used to turn your phone into a black and white device that only offers a dialer and camera.

The other two Digital Wellbeing apps are also aimed at reducing the phone usage. The ‘Screen Stopwatch’ as the name suggests enables users to keep track of their time while using the app. Users can see the current date and time on their main screen and the new app will tag alongside the clock and show the user how long they have been actively using their phone.

And the third app is called ‘Activity Bubbles’ that features a wallpaper that drops a bubble on the screen every time the phone is unlocked. Also, the bubbles gets enlarged depending on the number of hours the phone stays unlocked, which results in the wallpaper being more crowded. Thus, providing the user with a visual representation of how long they’ve been using their phone.