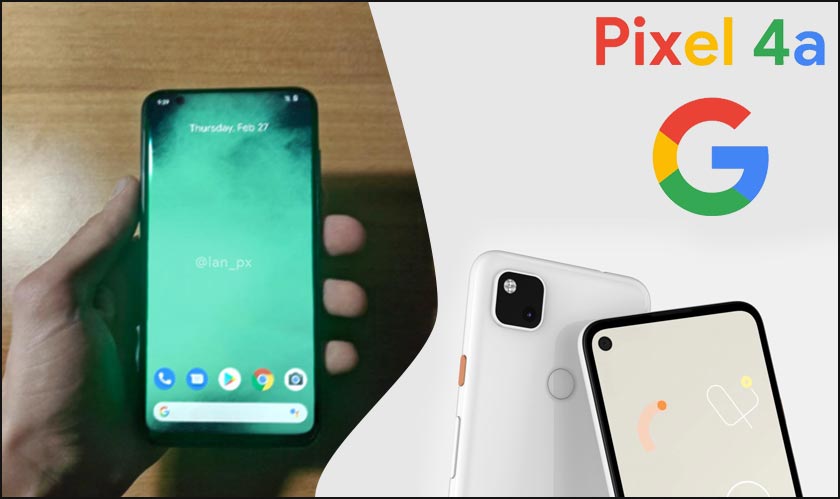 Although Google cancelled its physical I/O event yesterday, the event is going to take place online. The Google Pixel 4a which was scheduled to be launched at the event might launch online as well. But there has been a real life photo leak of the Pixel 4a. It was leaked by one of the most popular and accurate leakers, slashleaks.

The leaked image shows Pixel 4a having a single punch-hole camera in the upper left corner of the screen. The screen is expected to have a 5.81-inches LCD panel. The rear of the phone has a single camera which is similarly placed in a square cut-outjust like the Pixel 4.

It looks like Google wants to sustain some sort of similarity in each year’s phone. Google has been releasing its flagships with a rear single camera setup very late, upto Pixel 3. It is no surprise that Google has reverted back to a single rear camera after the dual back cameras in Pixel 4. Surprisingly, theupcoming Pixel 5 will have a triple rear camera setup.

Going by the leaks, Pixel 4a will be a midrange device and will feature a Snapdragon 730. It is also expected to have a 3.5mm headphone jack at the top and a USB-C port at the bottom, placed between two speakers.