Google Pixel could read your heart and respiratory rate via cameras 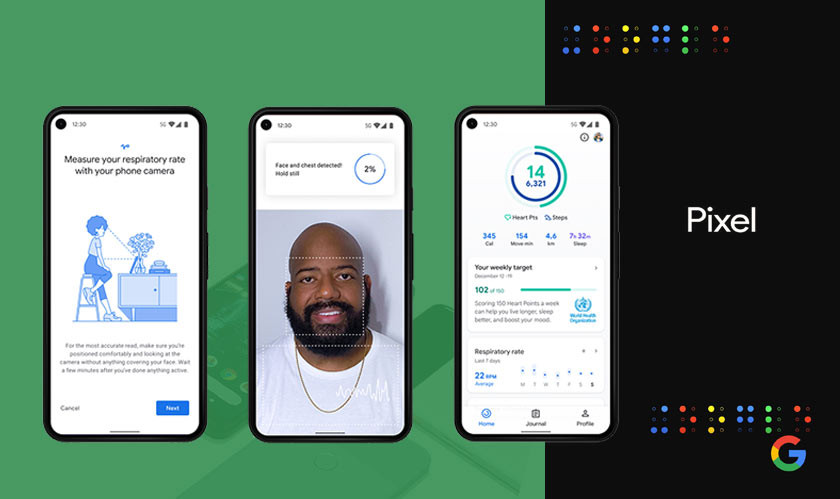 Google is adding some interesting features for their pixel smartphones. The new pixel phones along with the Google Fit app, could measure your heart and respiratory rate starting this month. The new features will also be available for other Android devices later. Both of the features rely on the smartphone camera: it measures heart rate by tracking color change as blood moves through the fingertip. While, measuring your respiratory rate works with the selfie camera, where you position yourself within a frame and then just breathe.

“A lot of people, especially in disadvantaged economic classes right now, don’t have things like wearables, but would still really benefit from the ability to be able to track their breathing rate, heart rate, et cetera,” said Jack Po, a product manager at Google Health.

According to Google's internal studies, the respiratory rate feature is accurate within one breath per minute, for people both with and without health conditions. The heart rate readings were accurate within 2%. The features worked properly on people with a range of skin tones, and had similar accuracy.

“Internal studies on Pixel phones showed that the respiratory rate feature was accurate within one breath per minute both for people with and without health conditions. We want to make sure that you know, the rigorous testing is done before it’s released to other devices,” said Jiening Zhan, a technical lead at Google Health.