Europe's biggest tech show IFA is just around the corner 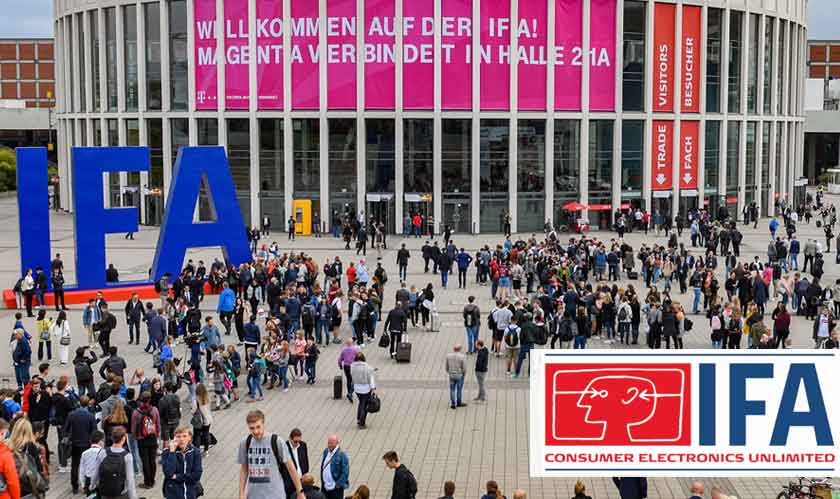 The most awaited Europe’s consumer tech show, IFA is back! We can expect some interesting innovations from the biggest tech companies. IFA tech show is somewhat similar to CES, an event that is held every January in Las Vegas.

Popular companies like Amazon, Samsung, Electrolux, LG, Lenovo, and Qualcomm are expected to be the participants at IFA event. IFA is different from CES; it is open to the general public which creates festive mood that impresses the crowd.

It is speculated that Huawei and Samsung are showcasing their foldable phones which were said to arrive in the recent past but failed to do so. Apple might miss this event however; it is probable that this year, Apple will launch iPhone 11 at an event in California.

Intel might join the event by launching its six-core laptop processors that are yet to hit the market, code-named Comet Lake. Dell, Lenovo Acer are also expected to be the participants.

The event will commence from September 6 to September 11 with press coverage starting from September 4th. This year’s IFA event is said to be centered on mobile phones. The global rollout of 5G, the next generation in cellular phone connectivity will be top-of-mind for every mobile phone company. With press conferences from Samsung, LG (which already introduced new K Series phones for the show), Sony, Huawei and, for the first time at IFA, Nokia.