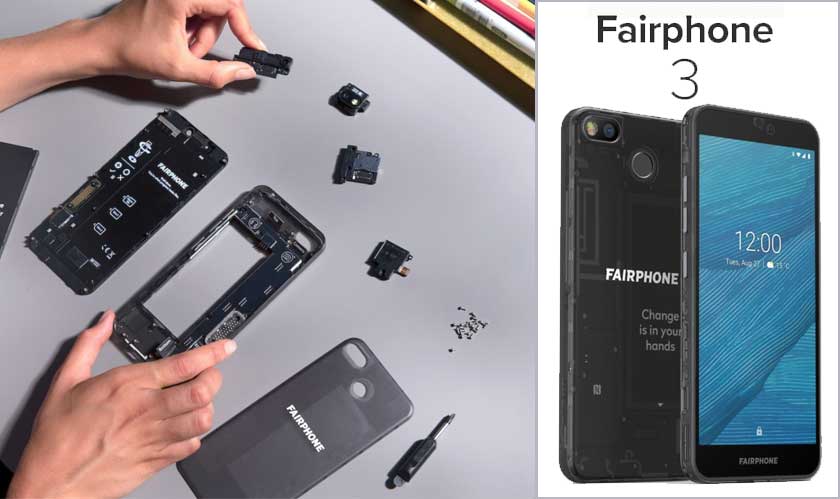 Let’s face it; the smartphone industry has encouraged the users to upgrade their phones year after year by buying newer models instead of letting the users repair what they’ve got. The lack of sustainability in the mobiles today, especially in the smartphone segment, is unbelievable. This was addressed by the Dutch mobile-maker, Fairphone.

Most recently, the company based out of Amsterdam released the Fairphone 3 at RRP 449 euros. The phone comes with a 5.7-inch Full HD display, a 12-megapixel rear camera, and an 8-megapixel front camera. It runs on the Qualcomm Snapdragon 632 processor and features 4GB RAM and 64 GB internal storage.

But the best feature of the phone is its reparability. The Fairphone 3 is so repairable that iFixit has rated it 10/10. This makes it the second Fairphone to get the coveted rating. Just to put things in the right context, imagine this - the latest of the iPhone models have been rated just 6/10 by iFixit until now.

iFixit released the step by step teardown on its website. The teardown used only the most basic of tools like a tiny screwdriver. The online phone repair site found that all the internal modules of the Fairphone 3 were easily accessible and repairable. It also commended the company for leaving cues which help in disassembly and reassembly. Moreover, the repair authority also reported that the repair guides and spare parts for the phone were easily available on Fairphone’s website.

If only all phones come with such repair manuals!