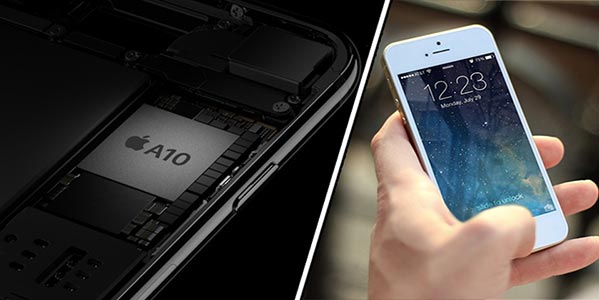 Imagination Technologies, a British company that designed Apple’s chips, lost 70 percent of it share on Monday. Imagination said that Apple had notified the company regarding the development of its own graphics chips and it would no longer use Imagination’s designs in 15 to 24 months.

Apple has been using Imagination’s technology and intellectual property to make Graphic Processor Units for its phones, tablets and other devices for years. And Imagination Technology received a royalty on every chip used in Apple devices. As soon as Apple switches to its own independent design technology, it can cut down the royalties to zero. Apple Inc. CEO, Tim Cook believes that they could design better GPUs which can be used in future iPhones for augmented reality.

According to Imagination, Apple is not capable enough of making its own chips without infringing their patents and intellectual property. The British firm also requested for evidence, but Apple declined to provide it. So it seems Imagination Technology might sue Apple in the near future.

Apple’s notification has triggered talks on alternative commercial arrangements for the current license and royalty agreement. Some analysts believe that it was a planned move by Apple to bargain and reduce royalties. “Apple paid Imagination license fees and royalties totaling 60.7 million pounds for the year to end-April 2016, half of its total revenue, and is expected to pay about 65 million pounds for this year,” said Imagination.