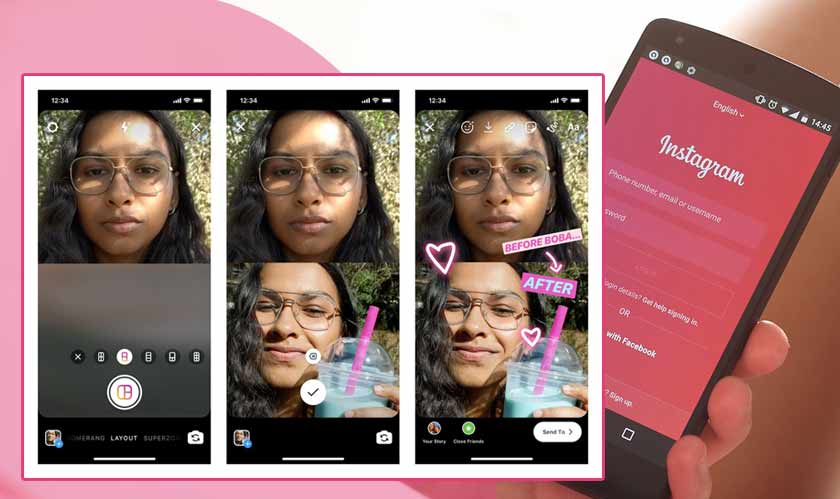 Instagram has introduced a new feature in its ‘Stories’ that allows users to post multiple pictures in a single story with the help of layout feature. The new feature has been out and can hold up to six images in one story.

Instagram stories are one of the most popular features on the platform that users just love to use and the company has been working on it steadily, adding on more and more features to keep users engaged. With the latest feature, Instagram aims to help users create a fancy composition from multiple images without the help of an external app.

In the Google Playstore hundreds of apps are dedicated to just combining photos and even Instagram has its own Layout app. But now, Instagram is putting that feature directly into its stories. The Instagram stories can now integrate Layout directly into the camera which will allow users to just take photos, choose a layout and arrange the pictures to fit into one layout and post it easily.

Although the layouts provided by Instagram are limited, users now don’t have to step out of the app to create a collage. But through this feature the third-party apps are hit badly as users are more likely to use an in-built layout by Instagram than have an extra app on their mobiles.