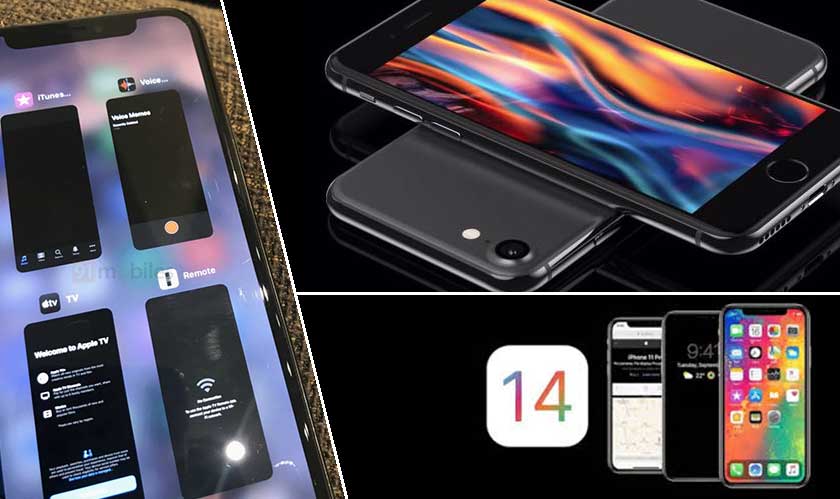 Apple is expected to bring several significant changes in the iOS 14 this year. In an exclusive video with 91mobiles, the famous tipster, Ben Geskin posted on Twitter, the screenshots and a video showing the multitasking capabilities of the upcoming iOS 14.

According to the video, the apps can run simultaneously in a multitasking view as a single app would run in the full screen view. A total of four apps can fit on the screen at a time, with more available when one swipes left or right.

In the video, we can see that when you dismiss an app, it shows up a lock opening. The lock doesn’t show up when the apps appear on the screen. Arguably, the apps that are locked may be pinned so that they are not accidentally closed while swiping away during multitasking.

The multitasking layout is quite similar to the iPad multitasking view we have seen previously, with the same processor and RAM so we can expect the transition to be fairly smooth.

Interestingly, with iOS 14 Apple is finally planning to give users an option to change their default browser (Safari), Apple Maps and email client to third party apps like Google Chrome, Google Maps, and Gmail.